Skip to content
You are here: Home > Rural and Regional > Inquiry into Retaining Young People in Rural Towns and Communities

Inquiry into Retaining Young People in Rural Towns and Communities

The Final Report of the Inquiry was tabled in Parliament on 3rd October 2006.

The Final Report is available in hardcopy and electronic formats. The media release that accompanied the report is available here.

Hard copies of the Final Report are also available by contacting the Committee office on 1300 787 202 (Victoria only) or 03 9651 3580 or by emailing rrc@parliament.vic.gov.au. Alternatively, copies may be purchased from Information Victoria (external link).

To view or print the pdf document, you will require the Adobe Acrobat® PDF Reader, which can be downloaded free of charge from Adobe.

The Government Response to the report of the Inquiry into Retaining Young People in Rural Towns and Communities was tabled on 17 April 2007.

Hard copies of the Government Response may be obtained from the Legislative Assembly Papers Office, Parliament of Victoria (subject to availability). Contact the Papers Office on (03) 9651 8563.

Media Release: Should I stay or should I go? Giving Rural Young People A Real Choice

Media Release: Should I stay or should I go? Giving Rural Young People A Real Choice

IMPROVING access to education, training, transport and employment opportunities in rural areas are key to the recommendations in a Parliamentary Inquiry into “Retaining Young People in Rural Towns and Communities” released today.

Ben Hardman, the Member for Seymour and chairman of the all party Rural and Regional Services and Development Committee said the committee was told that many young people who grow up in rural communities would like to stay if they were provided with a real choice.

“The recommendations in this report support a commitment to increasing information and opportunities available to young people in rural Victoria,” Mr Hardman said.

“We want to ensure that young people have the choice to stay or leave rural Victoria in order to lead a fulfilling life.”

The report also recommends improving support for young people from rural areas to assist them with staying connected to their communities if they leave for study, travel or work.

“For young people from rural areas, accessing higher education or a job often means having to leave all that is familiar behind,” Mr Hardman said.

“These are challenges their urban counterparts rarely have to face.”

Mr Hardman said the committee heard from a wide range of informative and inspirational young people and adults working with them.

The committee received more than 95 written submissions and found that many rural communities were concerned about having a balance of younger and older people.

“Many young people who spoke to the committee have allowed us to include their personal stories in the report and these stories highlight some of the challenges and opportunities for young people living in rural areas” he said.

“The recommendations in this report endeavour to give young people real choices,” Mr Hardman said

Mr Hardman said the Committee was impressed by the amount of interest generated in country communities by this inquiry and thanked all participants for their valuable contribution. 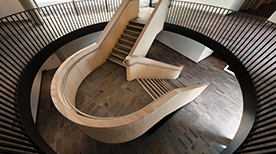