The evolution of Parliament House continued today with the official opening of our new Annexe by the Governor of Victoria, the Hon. Linda Dessau AC.

Built over a two year period and coming in on budget, the Parliament House Annexe provides much needed office space for parliamentarians and replaces temporary offices that had passed their use by date.

Designed by Peter Elliott Architecture + Urban Design, with landscaping by TCL, the Annexe is a contemporary companion building to Parliament House.

It has been designed to a 5 Star Green Star level and incorporates a range of measures to boost its sustainable attributes, including a geothermal exchange system that provides energy and cost savings.

They congratulated all who had brought the project to successful fruition, including the architects, landscapers, builders and the team at Parliament House, led by staff from the Department of Parliamentary Services. 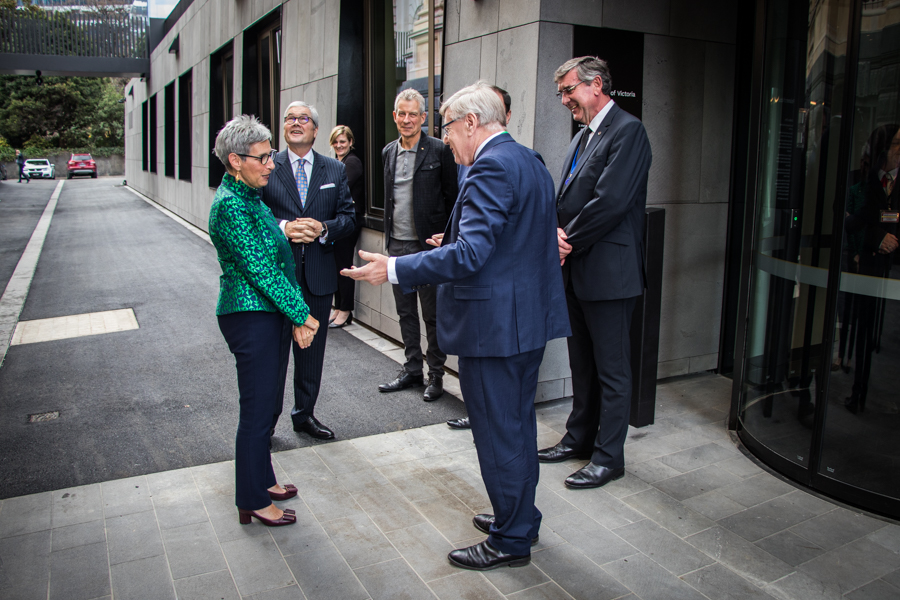 The Governor arrives for the official opening. 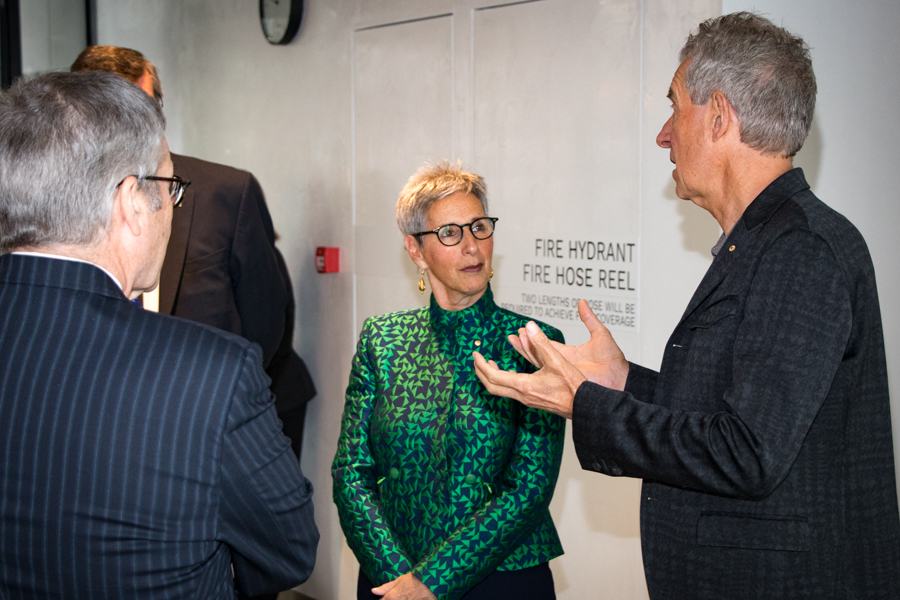 Architect Peter Elliott discusses some of the features in the new building. 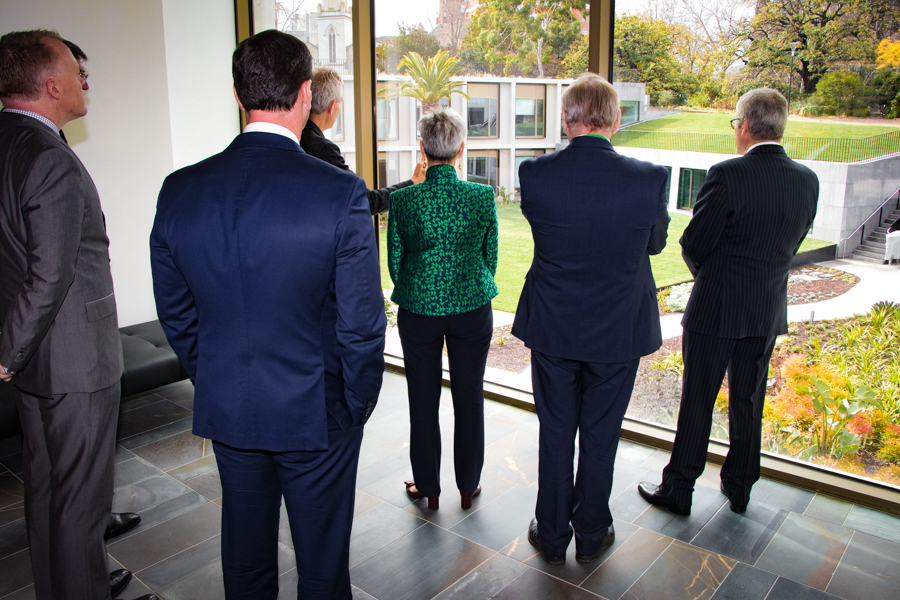 Taking in views of the central courtyard, designed by TCL. 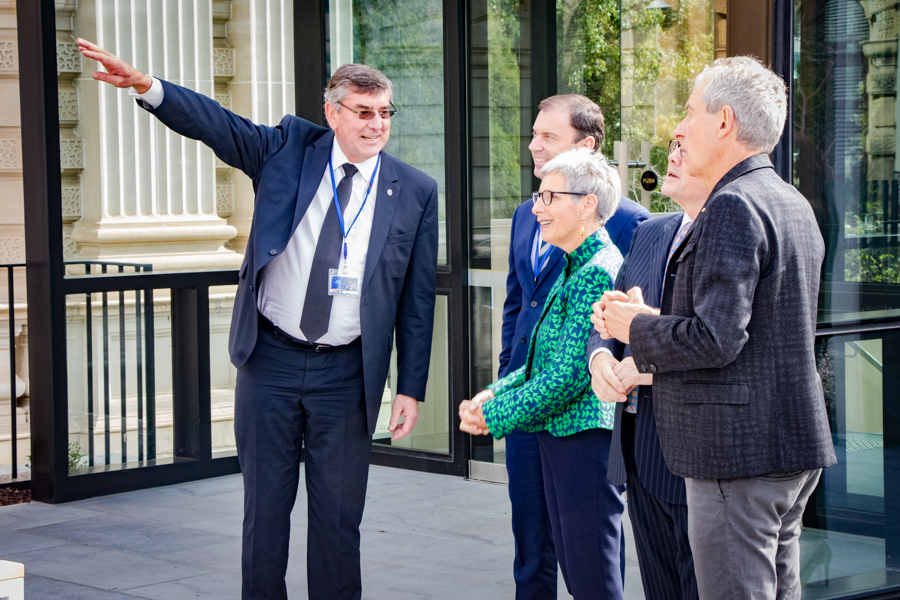 Secretary of the Department of Parliamentary Services, Peter Lochert, continues the tour of the new rooftop garden. 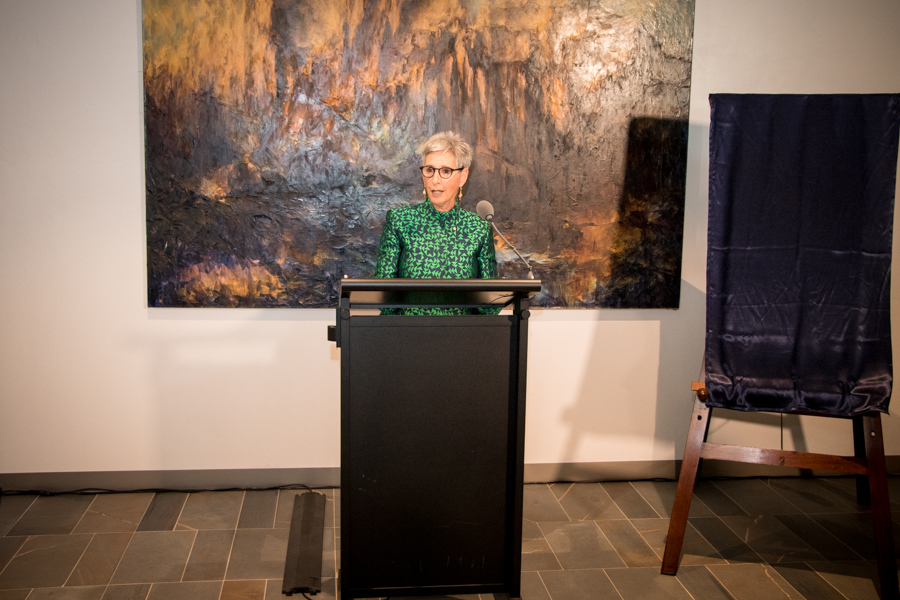 The Governor of Victoria, the Hon. Linda Dessau, officially opens the new Annexe. 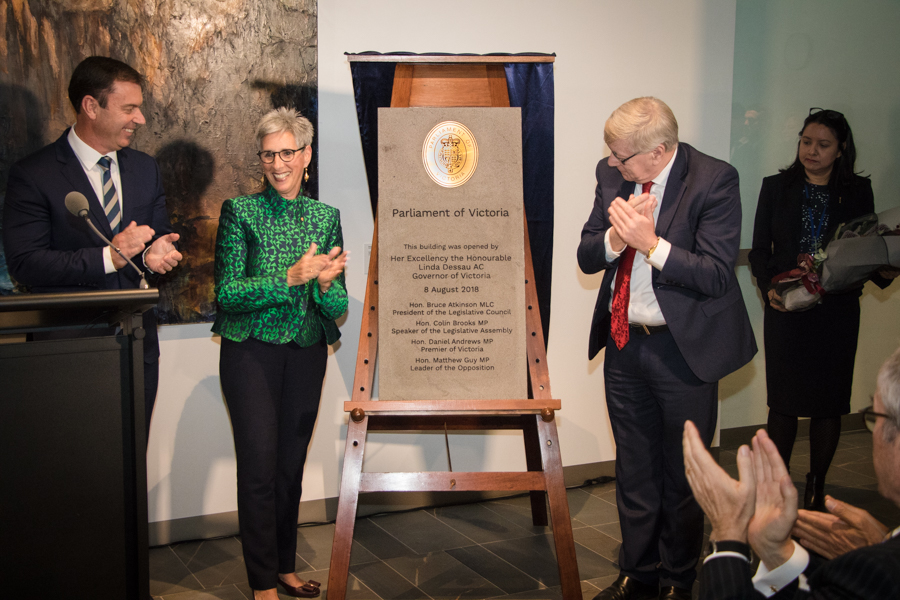 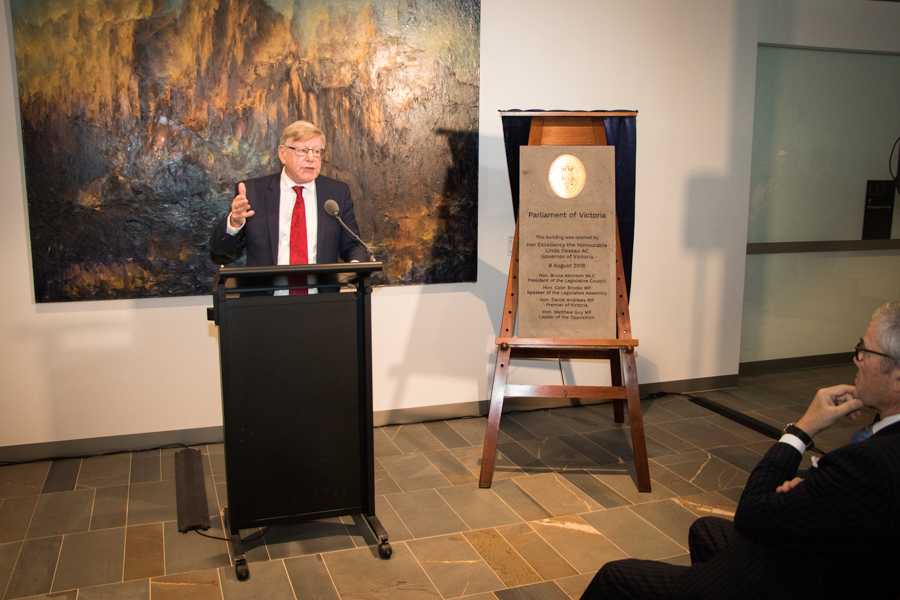 President of the Legislative Council the Hon. Bruce Atkinson MLC. 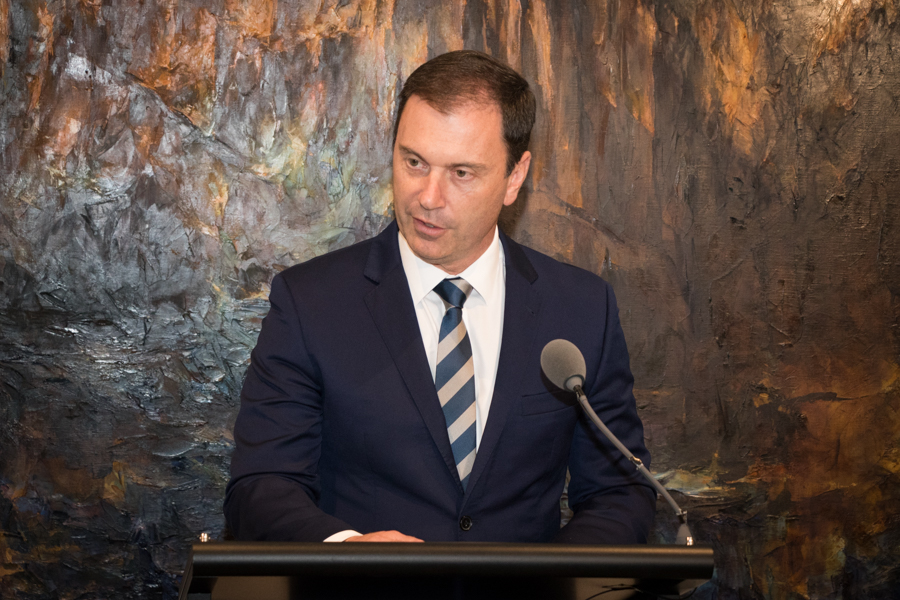 Speaker of the Legislative Assembly the Hon. Colin Brooks MP. 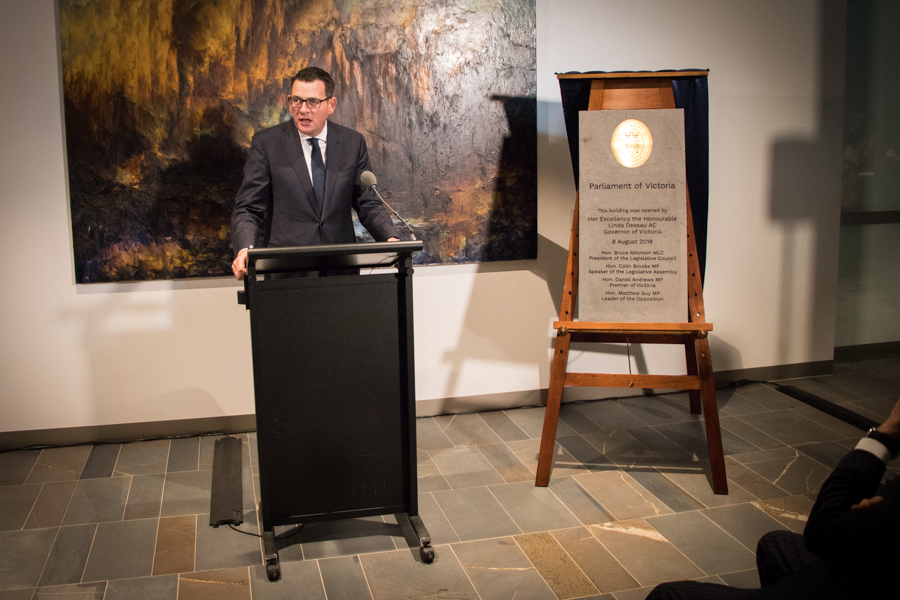 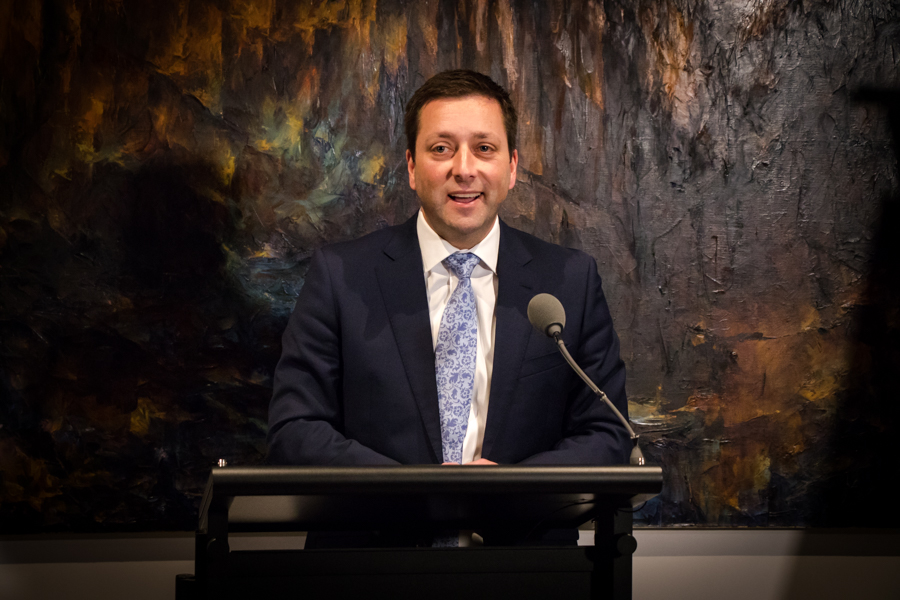 Leader of the Opposition the Hon. Matthew Guy MP. 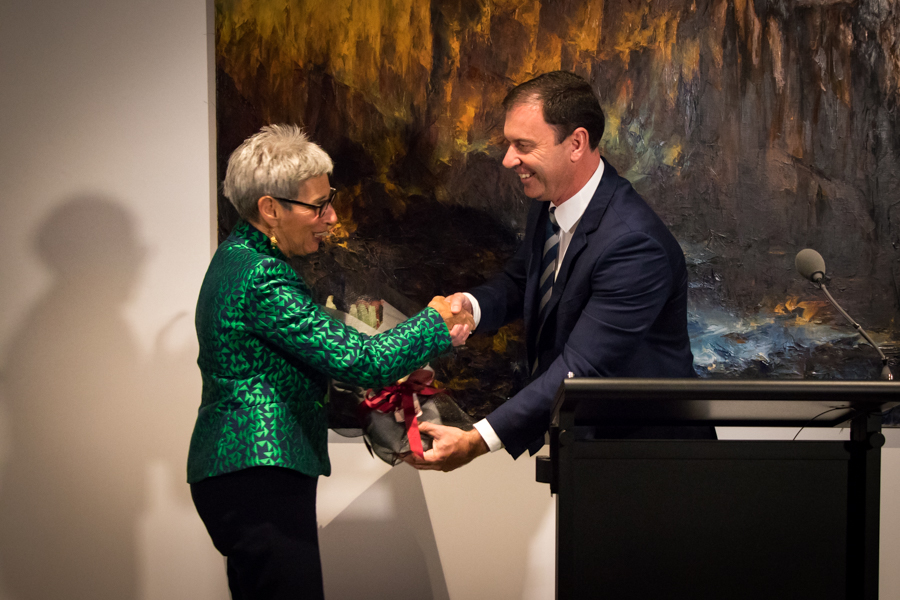 The Governor and Speaker Colin Brooks. 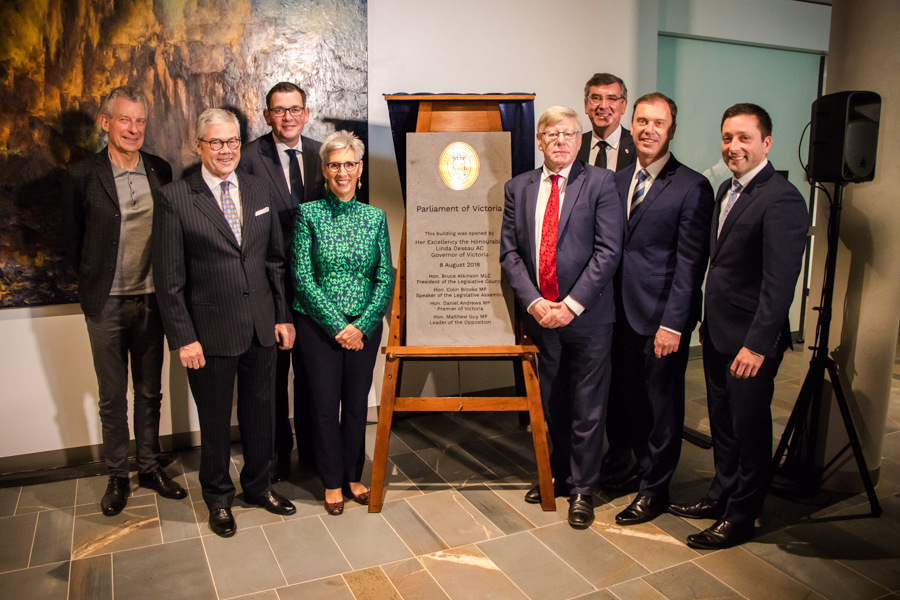 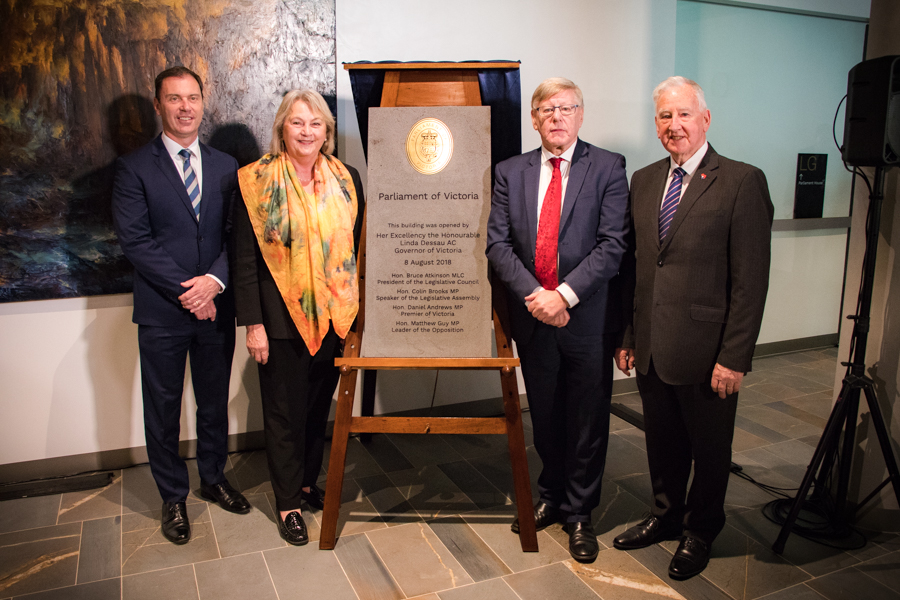 
See more news from the Parliament of Victoria