In a first for Victoria's Parliament, the Legislative Council’s Legal and Social Issues Committee has conducted a community forum live on Facebook.

Held on Tuesday 22 October 2019, the forum discussed the Committee’s most recent report into controlled disclosure of old criminal records, which recommended a new scheme for Victoria.

A panel of Committee members was joined by two community representatives with experience in this area. They discussed the proposals made in the Committee’s report and responded to questions from the Facebook Live audience. 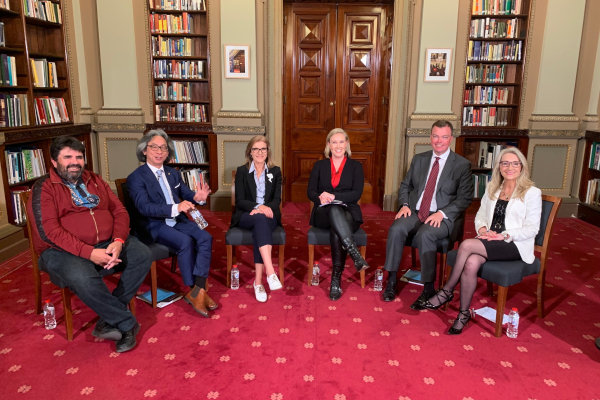 “As we await the government response to our report, the Committee wanted to give the community the opportunity to find out in more detail about the proposals it has made and why it made them,” Fiona Patten said.

“This forum streamed live on Facebook gave people the opportunity to ask questions from Committee members about the inquiry and our report. It’s the first time this sort of opportunity has been offered by one of our parliamentary committees, and I think it’s the first time any parliament in Australia has done this,” Ms Patten said.

In its report, the Committee recommended that criminal record information could be protected from disclosure where a conviction resulted in a maximum prison sentence of 12 to less than 30 months and certain conditions are met. Those conditions include a crime-free period of five to ten years for adult offenders and three to five years for juvenile offenders.

“We made that recommendation because at the moment even minor offences from over ten years ago will appear on a police record check when somebody applies for a job. This is beyond what the community and, as we learned, even victims of crime would expect in terms of justice.” Ms Patten said.