Skip to content
You are here: Home > About Parliament > Parliamentary Internship Program
Listen 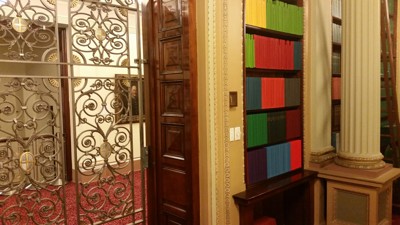 The Victorian Parliamentary internship program has proudly hosted over 1200 interns as an accredited semester unit of study from their university.

Students are tasked with compiling a research report on a topic established in consultation with their Member of Parliament. Mutually beneficial pairing is assured by taking into account research interests, areas of academic expertise, relevant political affiliation and geographical location. In testimony to the standard of research produced by interns, Members of Parliament have drawn upon internship reports during their Parliamentary debates and members statements.

An impressive array of internship alumni has emerged domestically and internationally, with graduates from the program establishing careers as Members of Parliament, committee staff, Clerks of the Parliament, newspaper editors, journalists, and Parliamentary officers.

To find out more about the Parliamentary internship program, see the 25 year commemorative book, Students of Spring Street.