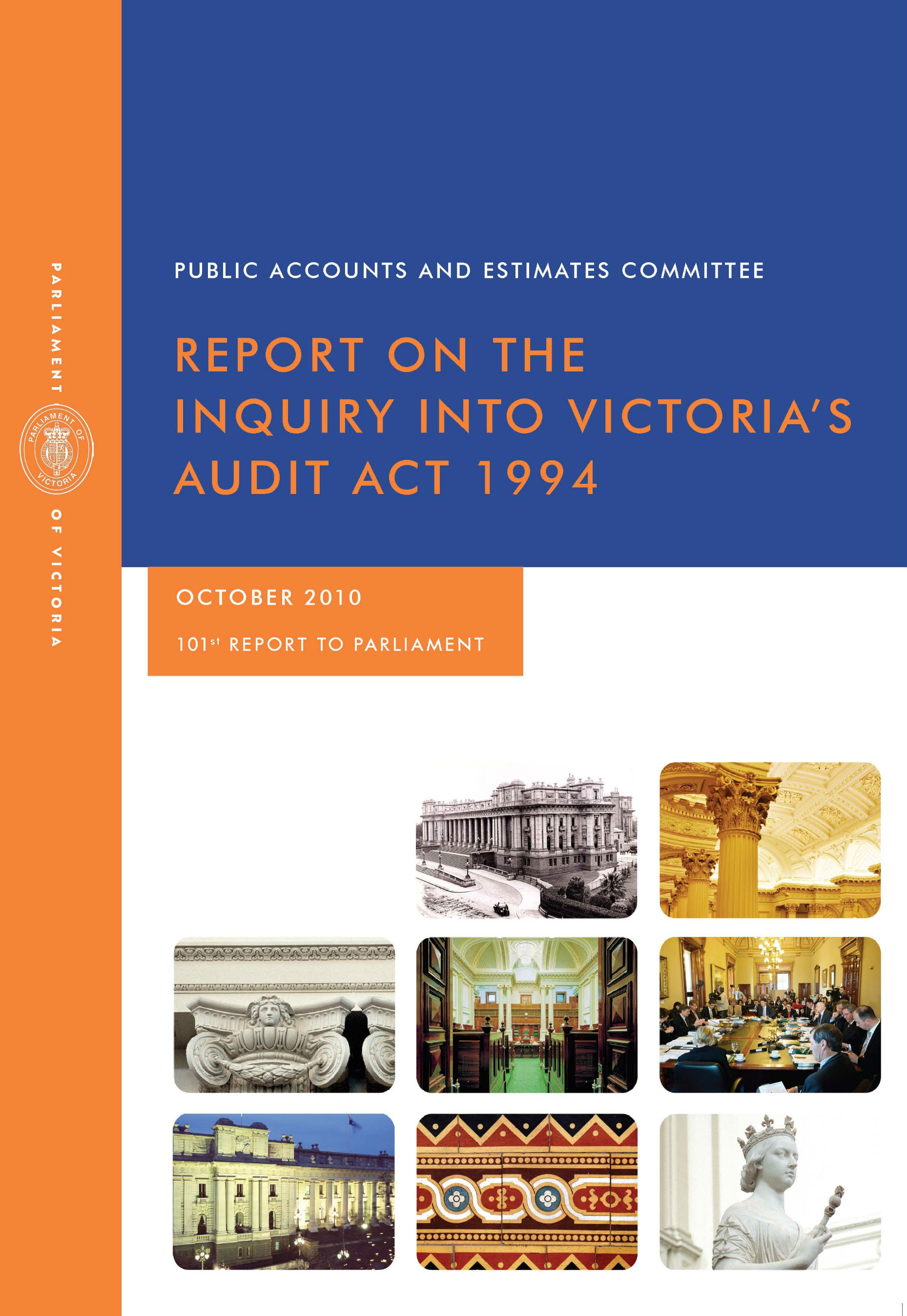 The Committee tabled its

Background to the Inquiry

The Committee is currently conducting a wide-ranging Inquiry into Victoria’s Audit legislation, the Audit Act 1994, under section 33(3) of the Parliamentary Committees Act 2003.

The Government identified in its Annual Statement of Government Intentions in February 2009 that it is committed to strengthening the Audit Act. The document states that an Audit Amendment Bill would help the State strengthen financial accountability by clarifying the powers of the Auditor-General. In addition, amendments to the Act should achieve the following:

The process stated by Government is that proposals will be referred to the PAEC for advice.

On 22 June 2009, the Committee referred itself a new Inquiry under section 33(3) of the Parliamentary Committees Act 2003 into Victoria’s Audit Act 1994. Its aim is to review the legislation in its entirety, paying particular attention to innovative opportunities to progress it to leading edge status. 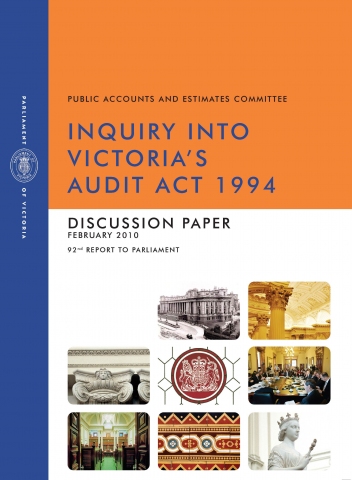 The Committee has since received a number of submissions from interested parties and will be conducting public hearings on 7 and 29 April 2010.

The Committee intends to present its findings and recommendations from the Inquiry to Parliament by October 2010.

The Committee has commenced an inquiry into Victoria’s Audit Act 1994 under section 33(3) of the Parliamentary Committees Act 2003.

The Committee invited comments, via written submissions, from individuals and organisations for proposed amendments to the Audit Act based on its Discussion Paper.

The closing date for submissions was Friday 19 March 2010. All submissions are treated as public documents and are published, unless confidentiality is requested or the Committee exercises it discretion.

To date, the following submissions have been approved for publication as evidence (other submissions received are to be considered in time):

Please contact the Committee Secretariat on 8682 2793 or email the secretariat with any queries (email: paec@parliament.vic.gov.au).