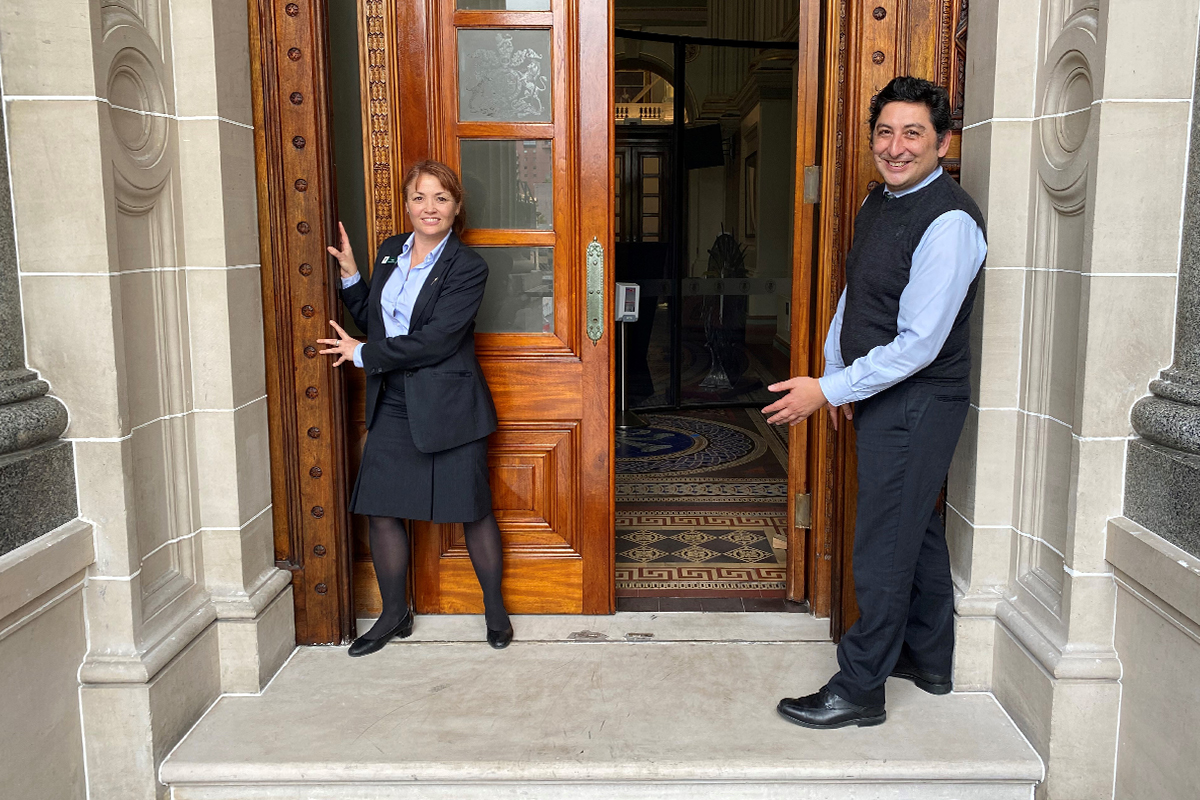 For a group of people who are customer-facing, engaging with the community through screens rather than face-to-face was something that everyone needed to adjust to, especially given what Pablo and the team consider to be the core purpose of their role: connecting people to Parliament.

“It’s the people’s house, there’s a lot of history here. Parliament isn’t just about history though, it's actually a contemporary place in terms of the legislative work that's done here. It is accessible to everybody, it’s beautiful in terms of architecture, and people definitely connect with that aspect, but it’s what’s happening here right now - seeing history being made - that's really exciting.”

In 2020, the team spent six weeks designing online incursions to ensure there were still opportunities for students to learn about the work of Parliament. The resulting program has now connected with more than 200 schools and has proved so popular that it is now offered on an ongoing basis.

After being closed for 50 weeks, the doors to Parliament finally reopened on 9 March for public tours. School groups will be welcomed back from 20 April and bookings are now open. Pablo and the team are looking forward to sharing their experience and knowledge with students and teachers.

“We're trying to make Parliament more accessible to the general public, and to students, in a range of different ways: by taking tours, visiting schools, going on regional visits and running online incursions. And we love getting feedback from people about what they have learnt and how they now feel about Parliament”.

The team is really excited to be coming back to Parliament House, reconnecting with each other and  the building, as well as sharing some interesting insights with visitors.

Reflecting on some of the common questions that are asked by students, Pablo pointed to one that is is asked very regularly, “Has the Serjeant- at-Arms ever needed to use the mace as a weapon?” The answer is ‘no’. Although originally the mace was a medieval weapon used to protect the speaker, it now symbolises the authority of the Speaker’s rulings on parliamentary procedures. The mace stays on display in the chamber whenever the parliament is sitting. An interesting fact Pablo shared, that often surprises people, is that Victoria's Parliament House hosted the Commonwealth (Federal) Parliament between 1901-1927, before it relocated to Canberra.

The team look forward to welcoming you and your students back to Parliament in 2021. For more information on school tours and role plays or to make a booking, email Michael Gruschel at tours@parliament.vic.gov.au