Fines imposed on MPs by the Victorian Legislative Assembly will this year be helping the fight against bowel cancer.

"I am pleased we can use this money collected as fines to do some good for the community."

The Member for Carrum, Donna Bauer, was also present. In September she spoke in the Legislative Assembly about her personal battle to overcome bowel cancer.

Bowel Cancer Australia is a national charity with a vision to reduce incidence, death and suffering associated with bowel cancer in Australia. It works across the entire bowel cancer spectrum with activities relating to prevention, early detection and management of bowel cancer through: advocacy, awareness, education, patient support and research.

Every donation helps to save lives and improve the health and wellbeing of people living with bowel cancer.

"Each year close to 15,000 Australians are diagnosed with bowel cancer," Ms Fyffe said.

"Through this modest donation we hope to raise awareness about this disease and the good work that is being done to combat it."

Ms Fyffe said greater awareness of bowel cancer is crucial because it is one of the most curable forms of cancer if detected early.

When fines are imposed on MPs by the Legislative Assembly they are donated to a charity selected by the Speaker. 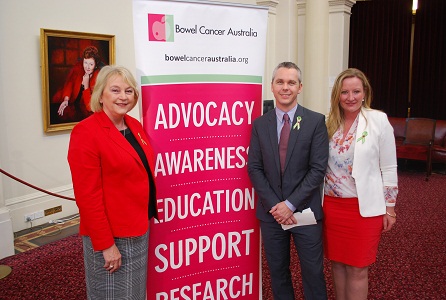 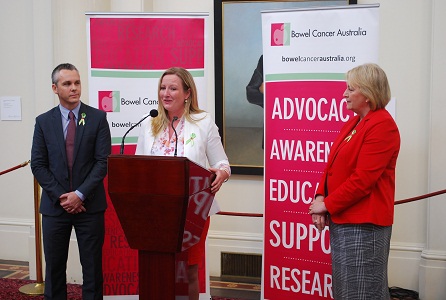 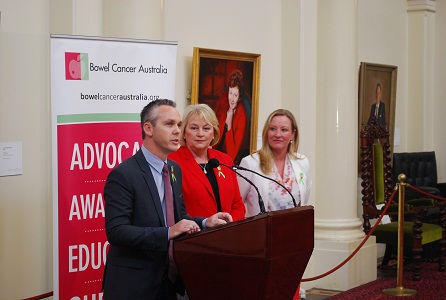