More than 80 senior secondary students from across Victoria have taken their seats in the Legislative Assembly for the 2014 Schools' State Constitutional Convention.

Opened by Parliamentary Secretary for Education Clem Newton-Brown and chaired by Speaker Christine Fyffe, the convention provides students with opportunities to explore contemporary political and social issues, promotes student understanding of the Australian system of government and demonstrates how the Australian Constitution provides the framework for our democracy.

This year the topic for debate was whether Australia is in a budget crisis and whether all Australians need to share the burden directly and indirectly.

Fifteen delegates opened proceedings with two minute speeches that saw opinions differ on whether a budget crisis actually existed and what budgetary measures were best for Australia’s future.

Discussion groups followed to consider how the budget impacted on a range of policy areas, including health and disabilities, education, social welfare, climate change and foreign aid.

In the debate, emphasis was placed on the way budget measures affect young people.

The convention was a collaboration between the Department of Education and Early Childhood Development, Social Education Victoria, the Parliament of Victoria, Independent Schools Victoria and the Catholic Education Commission of Victoria.

The 2015 National Schools Constitutional Convention will be held in Canberra from 24-26 March. 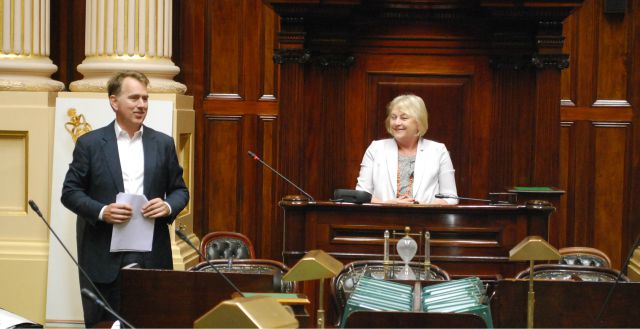 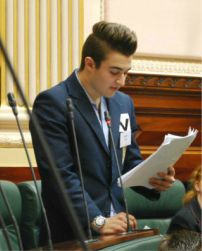