President of the German Bundestag, Professor Norbert Lammert, has visited Melbourne as part of an official parliamentary delegation to Australia.

He has been the Speaker of Germany’s Parliament for nine years and was accompanied on his visit to Australia by two members of the Bundestag, Dr Frithjof Schmidt and Mr Volkmar Klein.

Earlier in the week the German delegation visited the federal parliament in Canberra to gain a better understanding of Australia’s parliamentary system.

Dr Lammert also participated in a ceremony in Brisbane where the latest Qantas jet was named in honour of explorer Ludwig Leichhardt.

The visit has promoted political, trade, education and cultural ties between Germany and Australia.

While in Melbourne, Dr Lammert delivered a lecture at RMIT University on ‘Germany and the European Union 25 years after the Peaceful Revolution’ that saw the fall of the Berlin Wall. 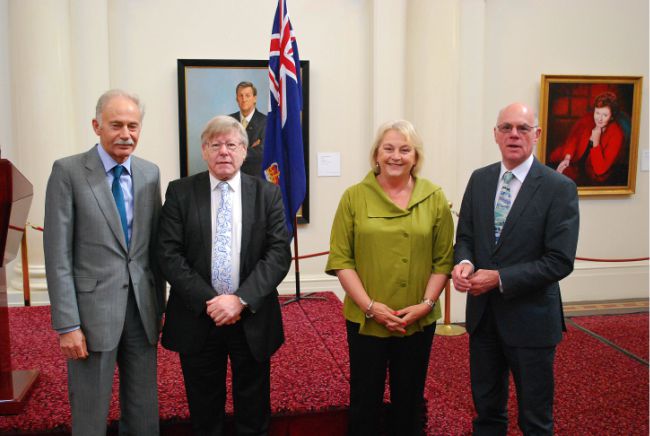