As election day approaches, 3AW's Neil Mitchell has brought his morning radio show to the steps of Parliament House.

In a final countdown to the 29 November polling day, interviews arranged for the broadcast included with the Premier and Leader of the Opposition.

Once Victorians have decided who will sit on the government benches inside the building, attention will turn to the opening of the 58th Parliament.

Parliament of Victoria News will keep you updated on preparations for opening day.

In the meantime, you can try out the government benches for yourself by taking one of the many tours offered at Parliament House. 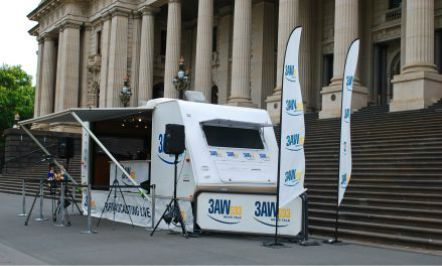