Parliamentarians from nine countries belonging to the Association of South-East Asian Nations (ASEAN) have visited Parliament House in Melbourne.

The visit was part of a delegation arranged to promote understanding of Australia among our closest neighbours.

The MPs were welcomed to the Victorian Parliament by Legislative Council President Bruce Atkinson.

Their visit to Parliament House included a meeting with Victoria’s Clerk of Parliaments Ray Purdey, Legislative Council Clerk Andrew Young and Parliamentary Services Secretary Peter Lochert, who briefed the delegation on Australia’s system of government, including the role of state governments and state parliaments within that system. 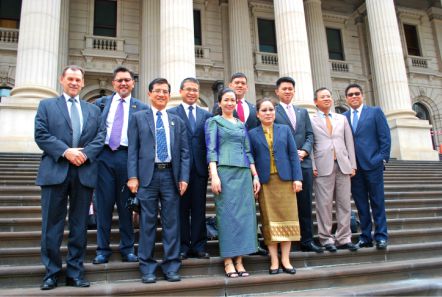 This year representatives from Brunei Darussalam, Cambodia, Indonesia, Laos, Malaysia, Philippines, Singapore, Thailand and Vietnam are participating in the delegation. 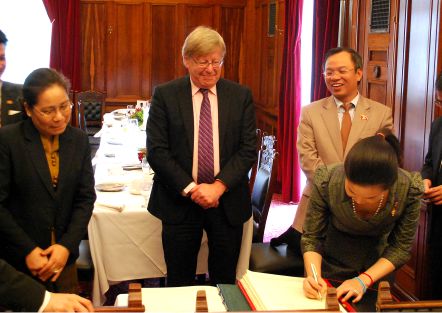 While in Victoria the delegation attended meetings at the Australian Electoral Commission and Asialink, a centre for promoting Australian engagement with Asia, before visiting the Latrobe Valley for a range of site inspections focusing on business, energy, education and tourism.

This year’s ASEAN parliamentary visit is of particular significance as 2014 marks the 40th anniversary of Australia’s dialogue partnership with ASEAN. 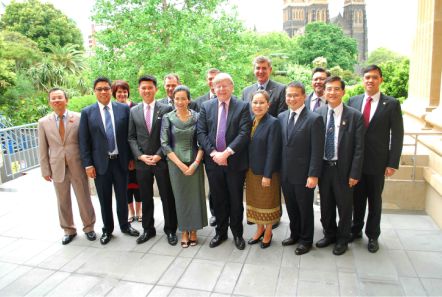 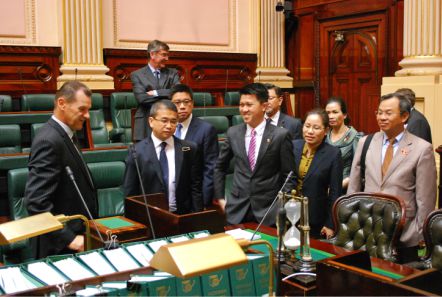