Parliamentary representatives from India's newest state of Telangana have visited Victoria's Parliament as part of a study visit to Australia.

Telangana became the 29th state of India in June 2014, separating from the state of Andhra Pradesh in southern India. Hyderabad is the joint capital of both states for the next 10 years.

During the visit to Parliament House in Melbourne the delegation was briefed on the Victorian parliamentary committee system and on the procedures relating to Question Time and petitions.

The delegation said they had chosen Victoria for the study visit because of its strong parliamentary system and its record in enacting important legislation. 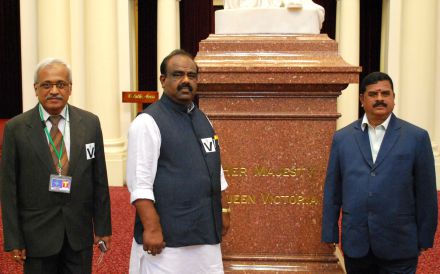