Prayers together for new parliamentary term

To recognise and celebrate the commencement of Victoria's 58th Parliament, an ecumenical church service will be held at St Paul's Cathedral in Melbourne on Monday 9 February 2015 at 2pm.

The Presiding Officers of the Victorian Parliament have extended an invitation for the community to join their elected representatives at the service.

The service will be conducted by the Primate of Australia, the Most Reverend Dr Philip Freier, and the Dean of Melbourne, the Very Reverend Dr Andreas Loewe.

Religious leaders of various faiths will be attending, symbolic of the diversity that the Victorian Parliament represents.

The Cathedral Choir of Boys and Men will sing during the service.

St Paul's Cathedral, on the corner of Flinders and Swanston Streets, is built on the site where the first public Christian services were held in Melbourne in 1836.

The foundation stone was laid in 1880 and the cathedral was consecrated in 1891.

Media are welcome to film and take photographs during the service.

The Victorian Parliament will commence its 2015 sittings on Tuesday 10 February. The official opening of Victoria’s 58th Parliament was held on 23 December 2014 (see video highlights from the opening).

For more information contact Yuki Simmonds at the Victorian Parliament by phoning 8682 2845 or email: yuki.simmonds@parliament.vic.gov.au 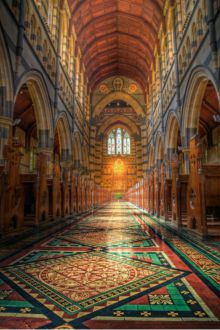