Australia's electoral and anti-corruption processes are key areas of interest for a parliamentary delegation from Trinidad and Tobago visiting this week. 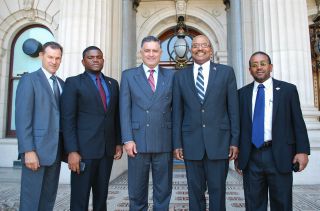 Trinidad and Tobago is a republic with a bicameral national parliament modelled on the British system.

The Parliaments of Victoria and Trinidad and Tobago are both members of the Commonwealth Parliamentary Association.

Caribbean countries have had a keen interest in Australia’s Pacific Parliamentary Partnerships program, which links Australian and Pacific parliaments through twinning arrangements. A similar program is under consideration between Canadian and Caribbean parliaments.

During the visit to Melbourne, the Trinidad and Tobago delegation met with the chief executive of Victoria’s Independent Broad-based Anti-Corruption Commission, Alistair Maclean, for briefings on the operations and work of the anti-corruption watchdog.

The delegation is also visiting Sydney, where it will meet with representatives of the Australian Electoral Commission, before heading to Canberra for talks with federal parliamentary counterparts.

Trinidad and Tobago is Australia's largest trading partner in the Caribbean. Its economy is largely based on offshore oil and gas production and the country has become a major financial centre in the Caribbean. 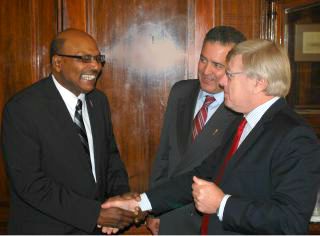