Skip to content
You are here: Home > About Parliament > News > First submissions for Fiskville inquiry
Listen

The first submissions have been received for the parliamentary inquiry into the CFA training college at Fiskville.

The submissions are being considered by the Victorian Parliament’s Environment and Natural Resources Committee and are available on the committee’s website at: www.parliament.vic.gov.au/enrc/article/2407

They include submissions from people who trained at Fiskville, and a submission from the team at Monash University that conducted the Fiskville Firefighters’ Health Study, and includes the study itself.

“The Committee is pleased to have received these submissions and looks forward to more people and organisations contributing to our inquiry,” Ms Halfpenny said.

“The inquiry is a valuable opportunity for anyone in the community who has been involved, affected or has knowledge of the operation and management of the CFA training college at Fiskville to provide information to the Committee.” 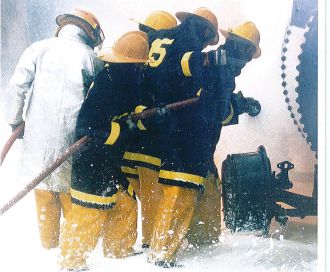 Submissions have been received from people who trained at Fiskville