Part of an international project to provide capacity building to the Myanmar Parliament, the study visit examined the information technology, human resource and financial management systems of the Victorian Parliament.

The aim was to learn about the processes of well-established parliaments to assist senior staff of the Myanmar Parliament improve their systems and prepare for the next parliamentary term.

National elections are due to be held in Myanmar in late 2015. The current Myanmar Parliament was established in 2011.

The Myanmar parliamentary staff were welcomed to the Victorian Parliament by the President of the Legislative Council, Bruce Atkinson.

They participated in two days of briefings and discussions with senior staff from Victoria’s Department of Parliamentary Services.

The Myanmar staff inspected information technology systems used in the parliamentary chambers, including in the delivery of Hansard and parliamentary broadcast services.

The study visit was organised by the Inter-Parliamentary Union – the global association of parliaments – and the United Nations Development Programme. 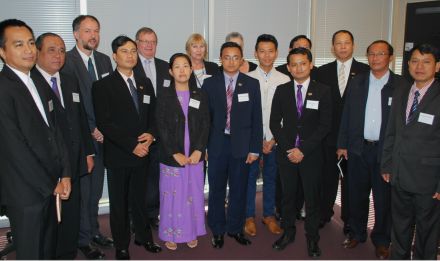