Living up to the title of the people's house, it was a day for families at the 2015 Parliament House Open Day on Sunday 22 March.

Spring Street came alive with large crowds turning out to tour the historic buildiing and its glorious gardens. 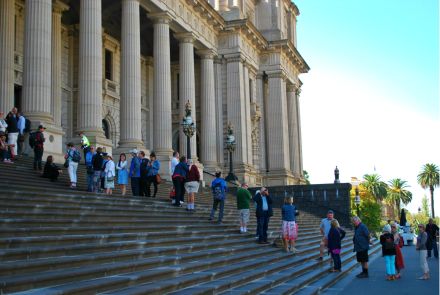 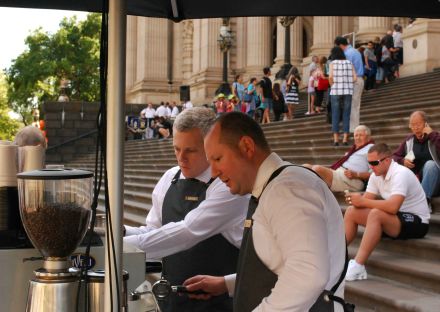 Early arrivals were able to enjoy coffee on the steps of Parliament House. 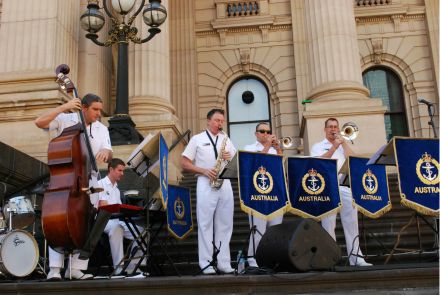 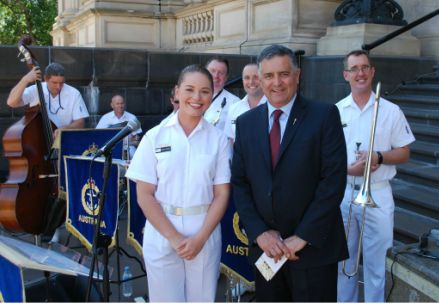 A welcome chord was provided by Royal Australian Navy musicians, with thanks from Speaker of the Legislative AssemblyTelmo Languiller. 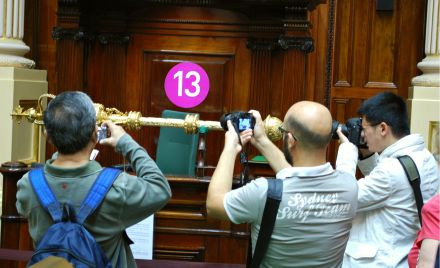 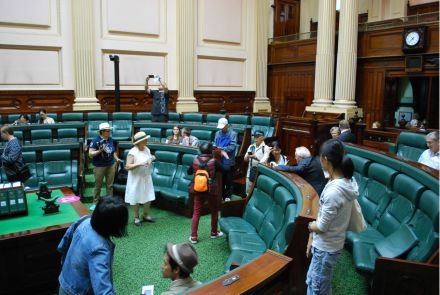 In the Legislative Assembly the Mace was on display and attracted much interest. 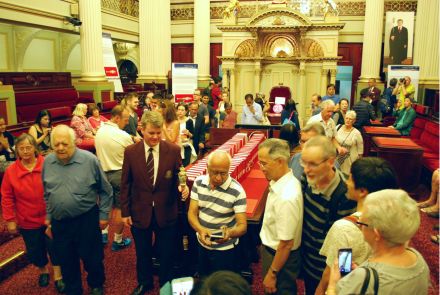 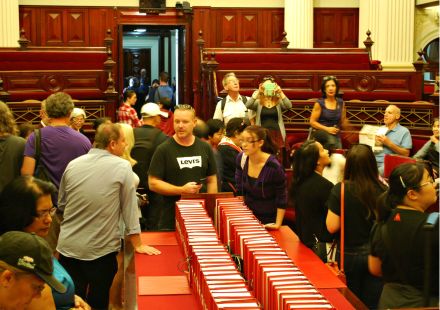 In the Legislative Council there was the chance to hold the Black Rod. 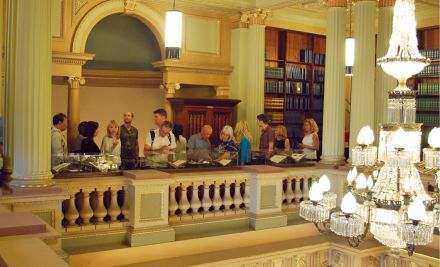 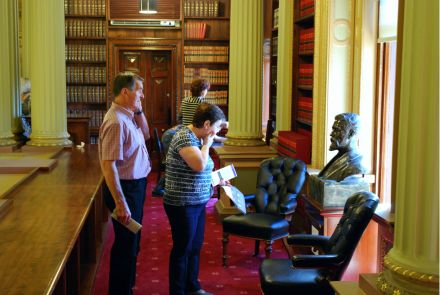 The new Deakin Gallery in the Parliamentary Library was open for its first major public viewing. 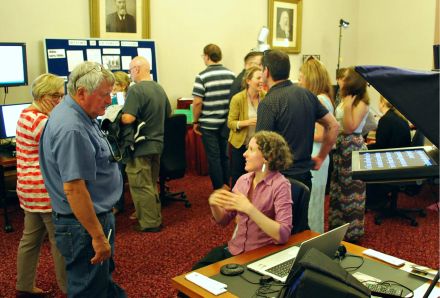 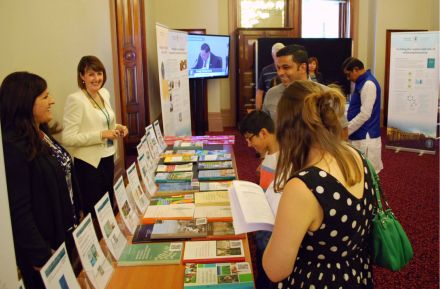 Parliamentary staff were on hand to explain their work recording the voice of the parliament and conducting research for parliamentary inquiries. 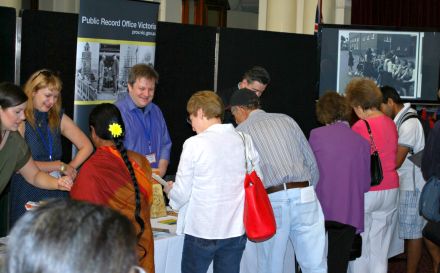 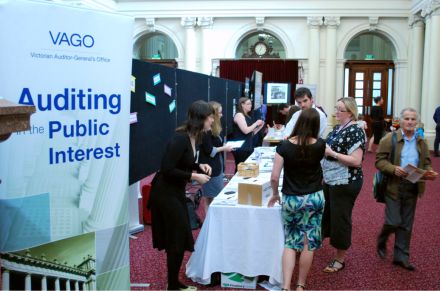 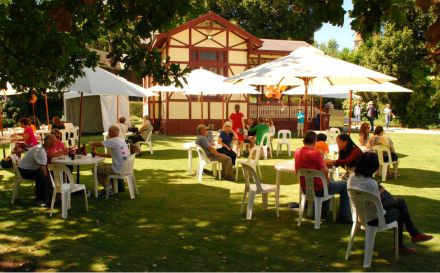 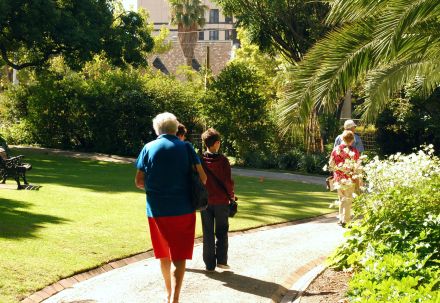 The Parliament House gardens were popular on a perfect autumn day. 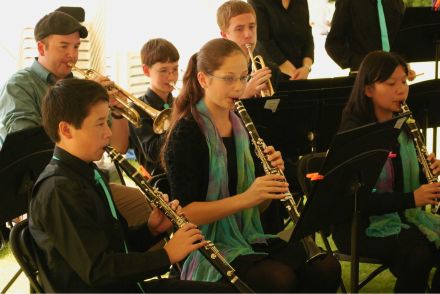 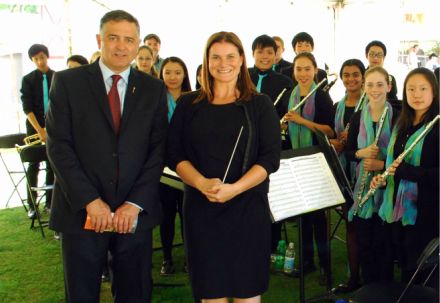 There was music to enjoy in the gardens, with Speaker Telmo Languiller thanking the Glen Waverley Secondary College band for their performance. 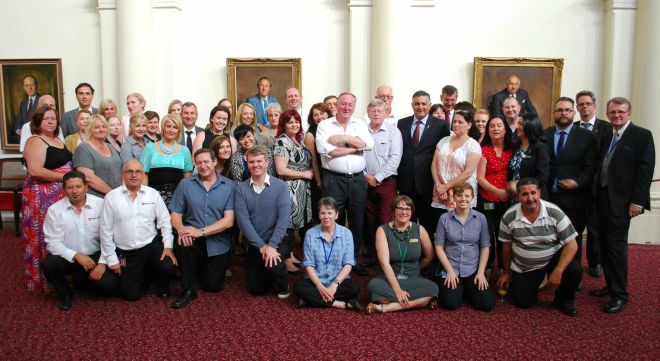 If you missed out on Open Day, you can take a tour of the building on days when parliament is not sitting. Visit our tours webpage for details.