Senior diplomats have met with new Speaker of the Legislative Assembly, Telmo Languiller.

The Speaker is keen to strengthen the Victorian Parliament’s engagement with people who contribute to Victoria’s social and cultural diversity. 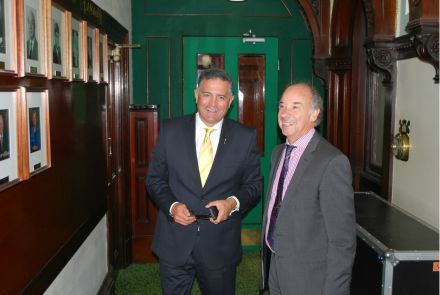 Melbourne is said to have the largest Greek speaking population outside of Europe and there are also several thousand Spanish speaking people living in Victoria.

The meeting with the Uruguay Ambassador held special significance, as the Speaker was born in Uruguay.

Mr Languiller told the Ambassadors that people from their countries who are living, working and doing business in Victoria are contributing significantly to the vibrancy of our multicultural state.

The Speaker said he was keen to ensure that the Victorian Parliament continued its long tradition of welcoming international visitors to our state, and looked for new opportunities to engage with people who are part of Victoria’s diverse social and cultural life. 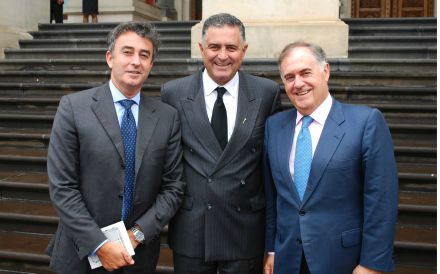