That's how Parliament House electrician Glenn Kelly described the Anzacs as he stood next to his personal collection of World War I uniforms and collectables that have gone on display in the Victorian Parliamentary Library to honour the Anzac Centenary. 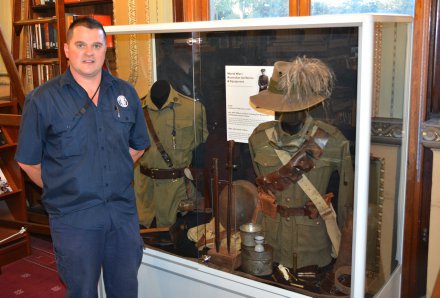 “My grandfather gave me the first few pieces when I was 10 and it struck an interest with me because I had grandfathers who served in the air force and army,” Mr Kelly said.

The collection includes a full Light Horseman uniform from World War I – based around the 4th Australian Light Horse regiment formed predominantly from Victorian based soldiers.

Mr Kelly’s own great grandfather served in the Middle East during World War I.

Glenn Kelly started his collection when he was 10 years old

For Mr Kelly, one of the most significant pieces in the collection is a letter from George Youla to his family back in Bendigo.

“He was from the 4th Light Horse and he joined up to be with his mates from Bendigo. In the middle of the Gallipoli campaign, just before the Battle of the Nek, he was sent back to Cairo to be a policeman on duty there,” he noted.

“Most of his friends and all the guys that he knew from Bendigo were all either killed or wounded at the Nek. Through his letter you can see that he felt guilty that he hadn’t been with his friends.” 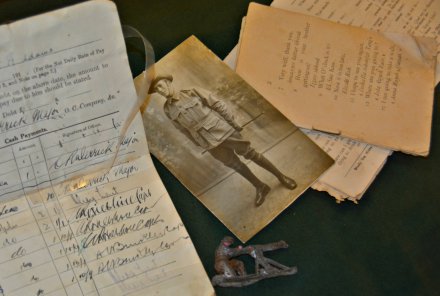 It is complemented by a separate display in Queen’s Hall that features images of Victorian public sector workers who served in World War I. The Queen’s Hall display is part of a World War I commemorative project organised by the Community and Public Sector Union.

Glenn Kelly, who has also served in the army, is proud of his connection to Anzac and said it’s an honour to make his personal collection available for display at the Victorian Parliament.

This Centenary Anzac Day, he will be attending the Dawn Service at East Keilor RSL with his family. 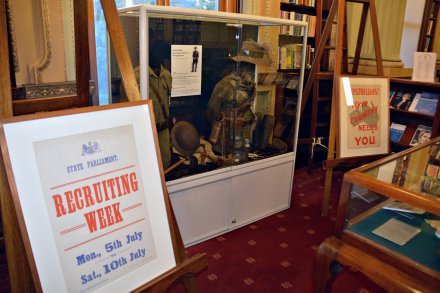 The Parliamentary Library display pays tribute to the Anzac Centenary