Skip to content
You are here: Home > About Parliament > News > Long friendship with Malta recognised
Listen

President of Victoria’s Legislative Council, Bruce Atkinson, has met with the Speaker of Malta’s Parliament, Anglu Farrugia, paying tribute to the strong friendship between Australia and Malta.

The 50th anniversary of diplomatic relations between our two countries was celebrated recently.

The meeting at Malta’s Parliament recognised that important milestone and reinforced the close ties between two Commonwealth legislatures. 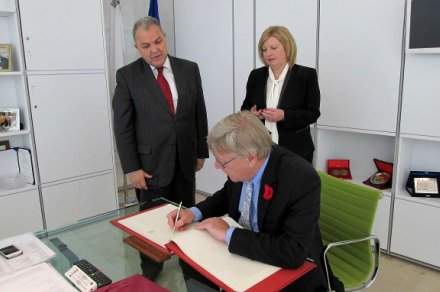 It was part of an official visit to participate in Anzac Centenary commemorations.

Opposition whip in the Legislative Council, Wendy Lovell, also took part in the meeting, which included parliamentary whips from Malta and Malta’s Minister for the Family and Social Solidarity, Michael Farrugia. 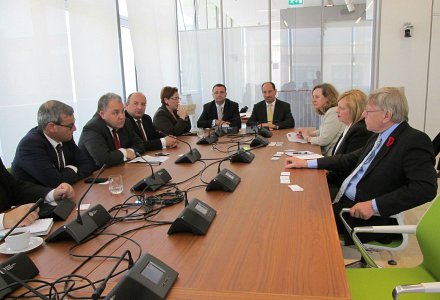 Meeting with the Speaker and members of Malta's Parlliament

During the meeting, Maltese parliamentarians highlighted several issues of current interest in Malta’s relationship with Australia.

They discussed migration; the use of technology and the media to enhance links between our two countries; collaboration in sport; and the impact of a recent Australian law on Australian pensioners residing in Malta who return to their country of origin for an extended period.

They also raised the potential of Malta as a platform for Australian companies seeking to enter the European Union market.

Upcoming Commonwealth meetings were also discussed, including a Commonwealth workshop on public accounts committees in June and the Commonwealth Heads of Government Meeting in November. Both events are being held in Malta.

A few days before the meeting, the sacrifice of Australian soldiers was recognised at a Gallipoli Centenary ceremony held on 25 April at the Tal-Pietà Cemetery in Malta, where Anzac soldiers are buried.

On Anzac Day, Mr Atkinson and Ms Lovell attended the ceremony at Villers-Bretonneux in France, where the President of the Legislative Council laid a wreath on behalf of the Victorian Government and people.