Condolence motions for The Hon Joan Kirner AC have been agreed to by both houses of Victoria’s Parliament.

In the Legislative Assembly, Premier Daniel Andrews moved the condolence motion for Victoria’s 42nd Premier, with members from all sides of politics joining in the tributes. 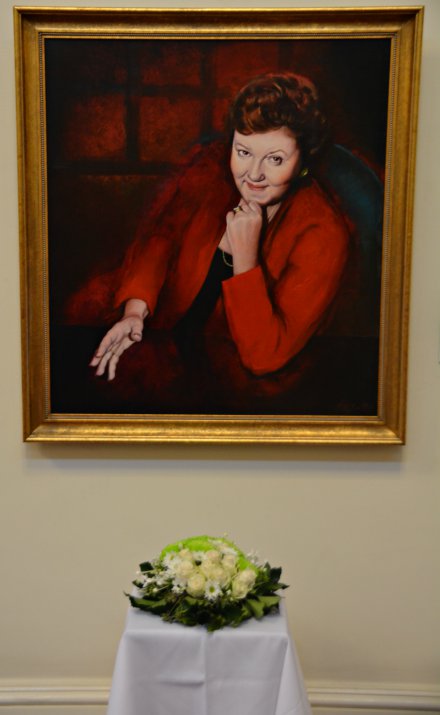 Mr Andrews said it was not the type of fight to which politics was typically accustomed.

“Hers was a ferocity of consensus, of calm and considered intelligence. She was the one who listened and who learnt as much as she taught, a leader who knew that change takes time — takes years, not months — who devoted decades of meticulous service to ideas and movements that would ultimately change a state, change a system and change the lives of a generation of Victorians.”

Opposition Leader Matthew Guy paid his respects, noting that Joan Kirner was a mentor, and one of the best going around, for Labor politics.

“Many Labor politicians sit in this place as the beneficiaries of the work and the structures she was instrumental in driving,” Mr Guy said.

“For the work Joan Kirner did and because she was such a strong mentor and symbol of strength for women, she deserves to be well recognised and very highly acknowledged.”

In the Legislative Council members also shared memories of Joan Kirner and her achievements.

Both houses of parliament then adjourned for the remainder of the day, as a mark of respect.

Following the condolence motions, the Victorian Parliament’s Presiding Officers announced the special release of a segment from a previously unseen video interview with Joan Kirner.

In the interview, recorded in 2010, Ms Kirner reflected on her life, political career and time as Premier.

The full and extensive interview will be released later this year as part of an ongoing project to record the reflections of Victoria’s political and parliamentary leaders after they have left office.

“We are privileged that Joan Kirner was one of the first to agree to participate in our parliament’s project to record the thoughts and reflections of the people who have reached the highest political and parliamentary offices of our state,” the Presiding Officers said.

“We have agreed to a special preview release of this project as a fitting tribute to our first woman Premier.

“Hearing what motivated a teacher to rise to the top of political life in this state will undoubtedly inspire current and future generations to take up the challenge of serving our state through a parliamentary career.”

The interview was conducted and produced by Richard Keddie of The Film Company, commissioned by the Victorian Parliament.

From now on, the Victorian Parliament is hoping to capture the reflections of Premiers and other political and parliamentary leaders once they have left office.

“This project by our parliament not only pays tribute to the service of our state’s leaders, but also helps all Victorians understand the challenges and achievements of our parliamentary system,” the Presiding Officers said.

The special release video interview with Joan Kirner is available from the Victorian Parliament’s YouTube Channel.

See more news from the Parliament of Viictoria