The Victorian Parliament has joined parliaments and communities around the world in celebrating the 800th anniversary of Magna Carta.

Speaker of the Legislative Assembly Telmo Languiller and President of the Legislative Council Bruce Atkinson recognised the significance of the anniversary and the lasting legacy of Magna Carta in a statement made to both houses of parliament. 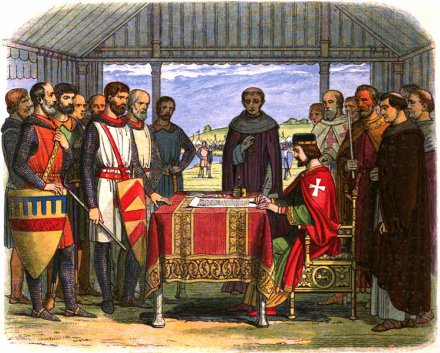 “On 15 June people around the world celebrated a special moment in human history: the 800th anniversary of Magna Carta,” the Presiding Officers said.

“Magna Carta was a document of its time that became a symbol for all time.”

The Presiding Officers noted that when King John placed his seal on the Great Charter of his rebellious barons in 1215, he accepted that a ruler could no longer be beyond the law.

“Instead, the rule of law and the fundamental rights of human beings became principles that would over time become enshrined in the system of government we now enjoy and share with so many people around the world,” the Presiding Officers said.

“What makes this anniversary so special is the enduring legacy of Magna Carta. It is woven into the fabric of our parliamentary system.

“Our separation of powers can be traced back to the events at Runnymede in 1215, as can the legal framework under which we all live.”

The Presiding Officers noted that the words on the parchment of Magna Carta may have aged, but the principles are timeless.

“They are as relevant and real as they were 800 years ago,” they said.

“As a parliament that can link its authority back to Magna Carta, let us celebrate the 800th anniversary of this Great Charter and the inspiration it continues to provide us. “