A delegation from China’s Jiangxi Province has visited Melbourne to explore trade and industry links with Victoria. 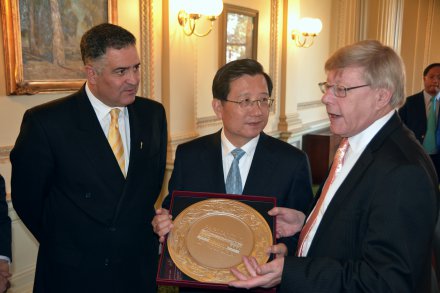 Jiangxi Province is located in the southeast of China. It has vast mineral deposits including copper, tungsten, gold and silver.

Agriculture is also a major industry. Jiangxi Province is the largest producer of kumquats in China.

During its visit to Parliament House, the delegation met with Premier Daniel Andrews. 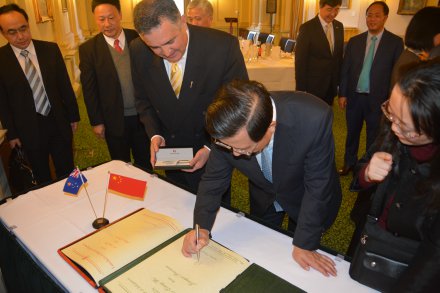 Signing of the visitor's book at Parliament House

See more news from the Parliament of Victoria.