Skip to content
You are here: Home > About Parliament > News > Strutt treasures on loan to National Library
Listen

The Victorian Parliamentary Library has loaned four precious items from its collection to the National Library of Australia for a major exhibition on renowned colonial artist William Strutt.

Heroes and Villains, Strutt’s Australia opened on 10 August in Canberra.

The items from the Victorian Parliamentary Library’s collection that feature in the exhibition are: 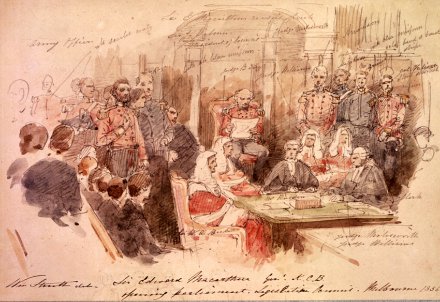 Victoria the Golden is one of the Victorian Parliamentary Library’s great treasures. The album documents life in Victoria between 1850 and 1862 as viewed by artist William Strutt. Momentous events in the Colony’s history such as Separation Day (1 July 1851), the sitting of the first Legislative Council (13 November 1851), the death of Burke (June 1861) and the Black Thursday bushfires (6 February 1851) are depicted.

In 1907 the Premier of Victoria Thomas Bent purchased Victoria the Golden from Strutt for £120 and presented it to the Parliamentary Library. The album depicts events in chronological order with what Strutt considered “fidelity to nature and accuracy”, so that present day Victorians may view the sketches “as records of what we may now look upon as the dim past in the rapidly progressive history of Victoria”.

Displayed alongside Victoria the Golden are a water colour sketch Opening of the First Legislative Council of Victoria, November 13, 1851, a fine oil painting of Major-General Sir Edward MacArthur 1857 and William Strutt’s sketchbook of the Burke and Wills encampment at Royal Park. Prior to setting out on their doomed inland journey in August 1860, the Victorian Exploring expedition assembled their camels and equipment at Royal Park. Strutt was among the last Melbournians to have contact with the expedition, and over the course of his career created a large body of work on the subject. 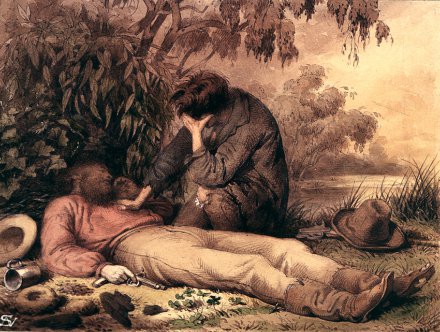 The Strutt works from the Victorian Parliamentary Library will be on exhibition in Canberra at the National Library of Australia until the end of the year. 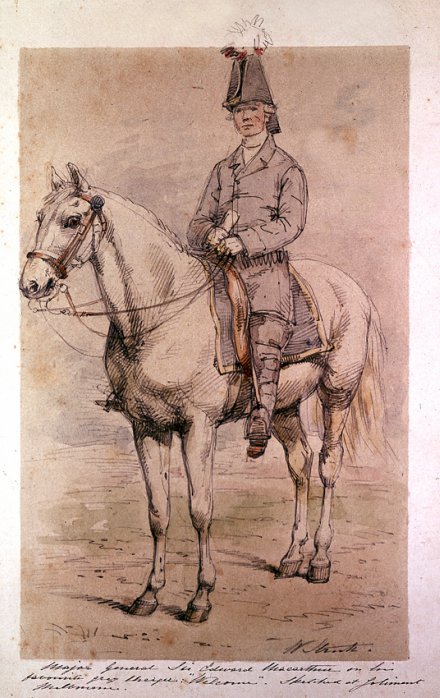