Parliamentary staff from Fiji have undertaken training at the Victorian Parliament under twinning arrangements between the two parliaments. 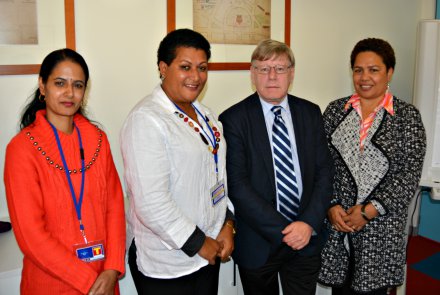 President of the Legislative Council Bruce Atkinson met with Manjula Shah, Rubyna Ravasua and Miriama Vereivalu during their training attachment

Under the agreement, the Victorian Parliament has committed to supporting the professional development of Fiji parliamentarians and parliamentary staff as they build their skills capacity following Fiji’s return to parliamentary democracy last year.

With many staff newly recruited to the Fiji Parliament, the training program provided the three Fiji managers with the opportunity to work with and be mentored by senior managers of the Victorian Parliament. 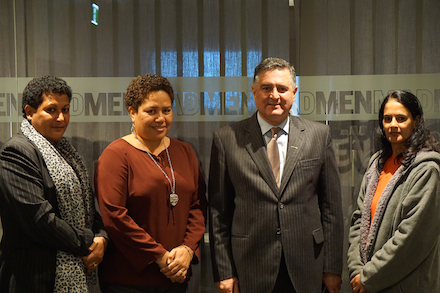 Funding for the capacity building is being provided through the Department of Foreign Affairs and Trade and the Centre for Democratic Institutions.