Skip to content
You are here: Home > About Parliament > News > Graduation for parliamentary interns
Listen

Thirty-three students have graduated from the 2015 Victorian parliamentary internship program.

Speaker of the Legislative Assembly, Telmo Languiller, and President of the Legislative Council, Bruce Atkinson, presented the students from Melbourne, Monash and Victoria universities with their graduation certificates at a ceremony at Parliament House on Friday, 28 August 2015.

They also awarded the Presiding Officers Prize for most outstanding intern to Ellie Wyatt, from Monash University, for her research paper on a range of approaches to mental health in the Macedon area.

Award winner Ellie Wyatt worked with Mary-Anne Thomas, the Member for Macedon in the Legislative Assembly. 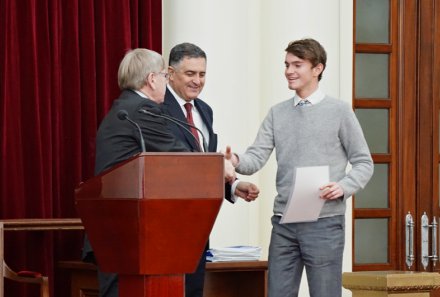 Harvey Duckett (above) and Andrea Morris-Meloni (below) receive their graduation certificates from the Presiding Officers. 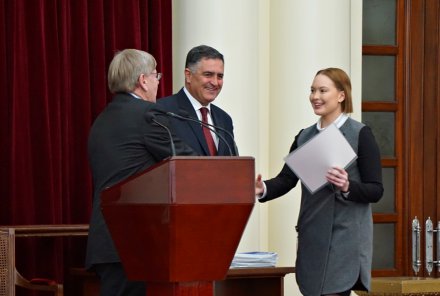 The internship program is celebrating its 25th anniversary in 2015.

More than 1,000 students have participated in the program during that time, including Premier Daniel Andrews, who will launch a commemorative book about the program at a special anniversary celebration on 15 September.

More information on the program is available from the parliamentary internship webpage. 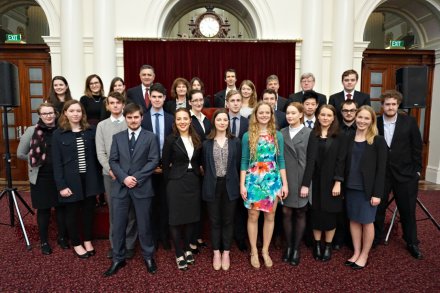