The first public hearings have been held for the parliamentary inquiry into the proposed lease of the Port of Melbourne.

The Select Committee heard from a range of organisations, including the Port of Melbourne Corporation, government agencies, industry groups and environmental bodies. 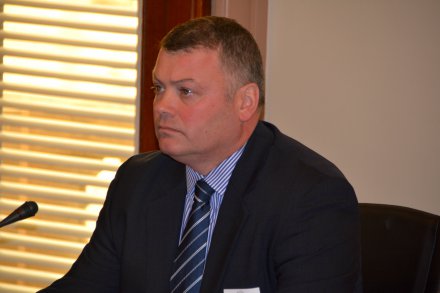 While submissions are still being received until 11 September, the Committee decided to commence hearings given the timeframe for the inquiry.

The Committee is required to report its findings and recommendations to the Legislative Council by 30 November 2015.

The port’s proposed lease is provided for in the Delivering Victorian Infrastructure (Port of Melbourne Lease Transaction) Bill 2015, currently before parliament.

The inquiry was established by the Legislative Council on 5 August 2015.

Click on the image above to view a news video on the inquiry featuring an interview with the Committee Chair, Gordon Rich-Phillips