More than 100 primary students from across Victoria have participated in the 2015 Victorian Primary Schools’ Parliamentary Convention held at Parliament House.

Run exactly like a parliament, the convention gave year 5 and 6 students the chance to stand up and be heard in the building where the laws of Victoria are made. 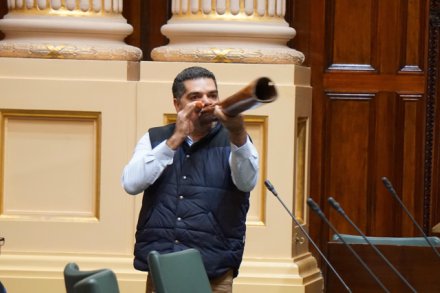 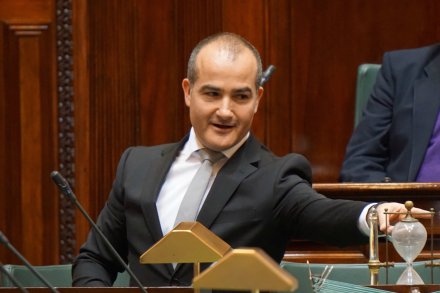 Education Minister James Merlino (pictured above) opened the convention, introducing the theme for this year’s event, which was: ‘Young people’s voices are not heard in Australian politics.’

Thirty-one metropolitan and regional schools were represented at the convention.

During the day, students engaged in discussion groups on a range of topics, including whether the voting age should be lowered and whether they should get a say on specific issues that affect them.

Students also got to vote in the Legislative Assembly Chamber.

The Primary Schools’ Parliamentary Convention is a partnership between the Parliament of Victoria, the Department of Education and Training, Independent Schools Victoria, the Catholic Education Office Melbourne, and Social Education Victoria. 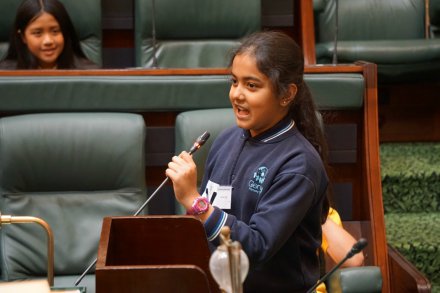 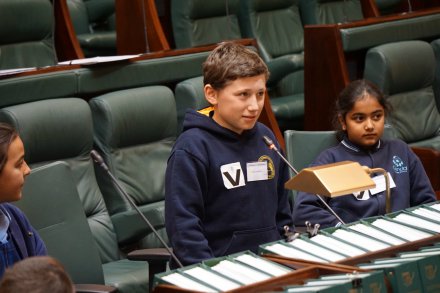 Students debated a range of issues at the convention