Skip to content
You are here: Home > About Parliament > News > Students of Spring Street come of age
Listen

The 25th anniversary of the Victorian Parliamentary Internship Program has been celebrated with a reunion and book launch.

Premiers, Presiding Officers and MPs past and present joined academics and former interns to recognise the significant milestone. 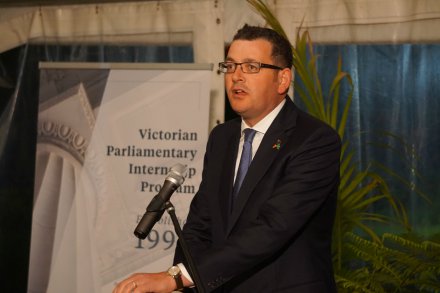 Premier Daniel Andrews was the keynote speaker at the anniversary event

More than 1,000 students from three Victorian universities have undertaken internships at the Victorian Parliament since the program was established in 1990.

Premier Daniel Andrews, a graduate of the internship program, said the program has been a great success and is highly valued by students and MPs alike.

According to the parliament’s Presiding Officers, the program has had some tangible benefits for public policy development and administration in Victoria. 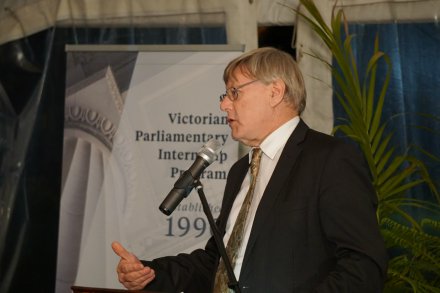 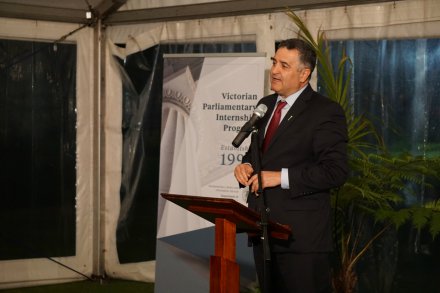 Reports by parliamentary interns have contributed towards debates in parliament on important issues such as stem cell research, abortion, crime prevention, infrastructure reform, the delivery of health services and ways in which Victoria can reduce its road toll.

The work of interns has also provided significant benefits to the community. Reports prepared by parliamentary interns contributed to the compulsory inclusion of Epipens in school first aid kits, the development of the $50 million Peninsula Aquatic Centre in Frankston and the establishment of the Melton Botanic Gardens.

The internship program is coordinated by the Victorian Parliamentary Library & Information Service in partnership with Melbourne, Monash and Victoria universities.

Dr Julie Wells, from the University of Melbourne, praised the program and said its expansion to include more universities in 2016 demonstrated its value to the tertiary sector. 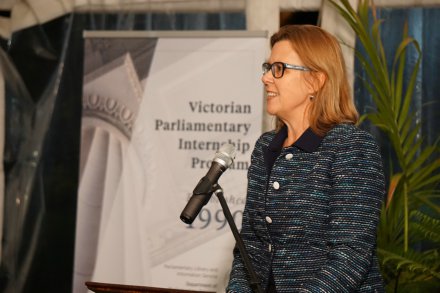 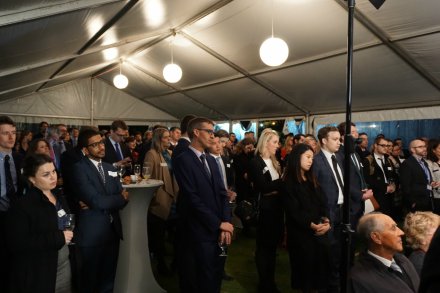 The anniversary event culminated in the launch of a commemorative book, Students of Spring Street, authored by the program's parliamentary coordinator Jon Breukel and former intern Tom Hvala.

Copies of the book are available to all former interns and participants of the program from the Parliamentary Library or can be downloaded from the internship program webpage. 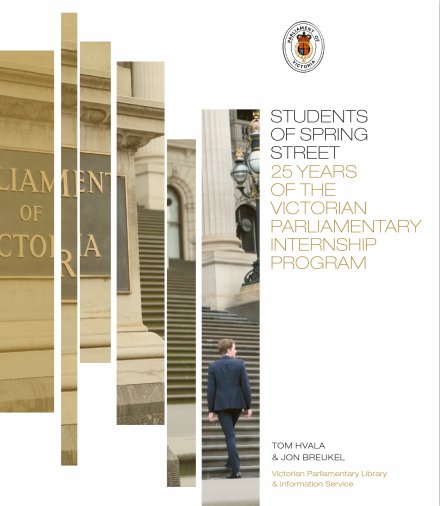