Skip to content
You are here: Home > About Parliament > News > Two Victorian by-elections on 31 October
Listen

Speaker of the Legislative Assembly, Telmo Languiller today issued the writs for by-elections in the Electoral Districts of Polwarth and South-West Coast.

The writs to the Victorian Electoral Commission outline the key dates in relation to each by‑election: Electoral Divisions of Polwarth (above) and South-West Coast (below). Maps: courtesy of Victorian Electoral Commission 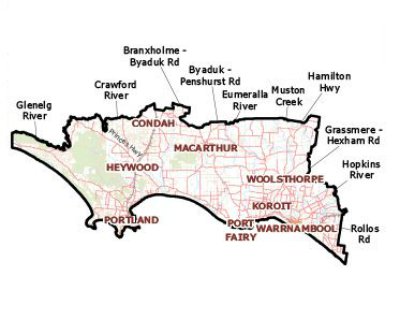