Skip to content
You are here: Home > About Parliament > News > Diamonds shine at Parliament
Listen

Australia’s World Cup winning Netball Team has been congratulated at the Victorian Parliament for their epic achievement.

Carrying their 2015 World Cup trophy with them, the Australian Netball Diamonds were welcomed to Parliament House by the President of the Legislative Council Bruce Atkinson and Speaker of the Legislative Assembly Telmo Languiller. 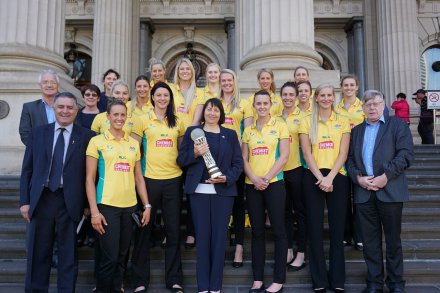 In the Parliament House gardens, the Australian Diamonds joined several MPs for a celebratory morning tea at which the Presiding Officers paid tribute to the team and presented them with a special gift to mark the occasion. 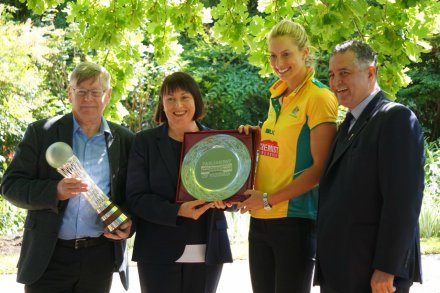