The views of more than 100 senior secondary students have been heard in parliament at the 2015 Schools’ State Constitutional Convention.

From 37 schools across Victoria, the students debated Australia’s responses to global security.

More than 100 students participated in the convention

Deputy Premier and Education Minister James Merlino opened the schools' convention following a Welcome to Country by Graham Briggs of the Wurundjeri Nation.

The debates were held in the Legislative Assembly chamber, with Deputy Speaker Don Nardella chairing the proceedings. 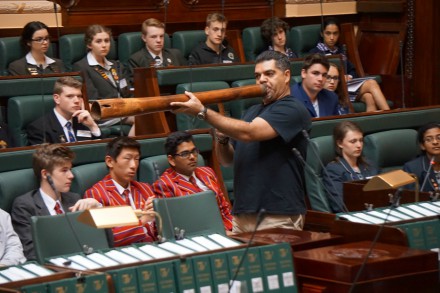 Above: Welcome to Country by Graham Briggs; Below: Education Minister James Merlino opened the convention 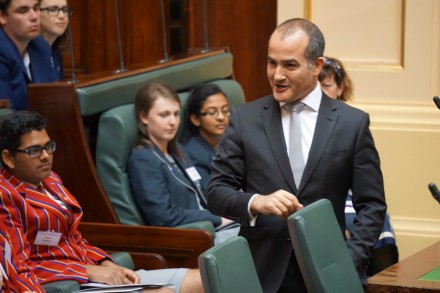 Delegates from 13 schools led the debate with opening statements.

As with all parliamentary debates, there was a vote on proposals before the convention.

Proceedings were then closed by the Shadow Minister for Education Nick Wakeling. 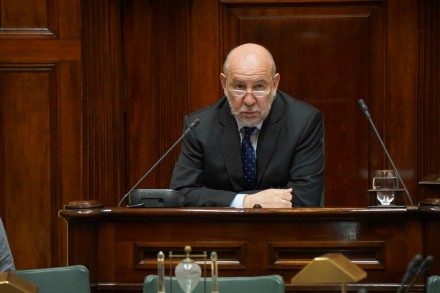 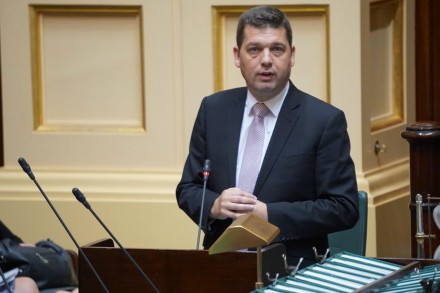 The state convention was coordinated by the Victorian Parliament in conjunction with the Department of Education and Training, Social Education Victoria, Independent Schools Victoria and the Catholic Education Office Melbourne.

It leads on to the Schools’ National Constitutional Convention being held in Canberra in March next year.

The program gives students the opportunity to explore contemporary political and social issues, promotes student understanding of the Australian system of government and demonstrates how the Australian Constitution provides the framework for our democracy.