Victorian singer Gossling will be the feature artist for the Spring Street Beat music event at Parliament House on Saturday 21 November.

Helen Croome, better known by her stage-name Gossling, is a folk/pop singer-songwriter from Melbourne. 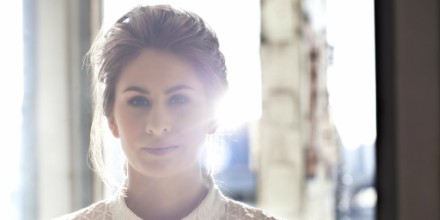 Gossling will be the feature artist at Spring Street Beat

Her debut album Harvest of Gold was released in late 2013 and was nominated for an ARIA award. Her songs have also been used in several popular television shows.

Other young artists will be selected over the coming week, with more than 35 nominations received to perform at the event after a state-wide submission process.

By showcasing the talents of young Victorians at Spring Street Beat, the Victorian Parliament hopes young people across Victoria will see parliament as a place where they can come and feel a sense of belonging.

Once selected the line-up of acts including playing times will be posted to the event website.

Melbourne group African Drumming will open the event, highlighting the diverse cultural talent that will be part of Spring Street Beat.

Two stages will operate during the day, one on the iconic front steps of Parliament House and the other in the gardens at the rear of the building.