Skip to content
You are here: Home > About Parliament > News > New Assembly members sworn in
Listen

Two new members of the Legislative Assembly have been sworn in. 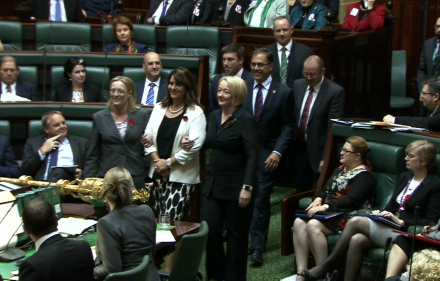 According to tradition, new members are escorted into the chamber

By-elections for the two electorates were held on 31 October following the resignation of the previous members, Terry Mulder and Denis Napthine.

The new members are expected to make their inaugural speeches during their first week in parliament. 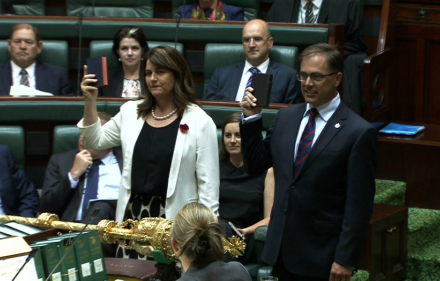