Players, coaches and management of Melbourne Victory Football Club have been congratulated for their achievements. 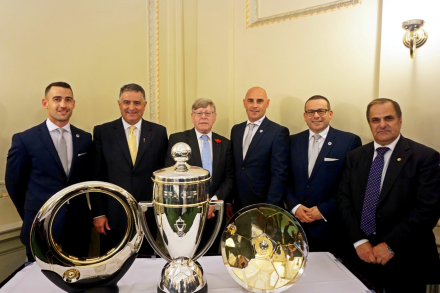 Together with other MPs, the Presiding Officers paid tribute to Melbourne Victory’s trifecta of wins.

In 2015 they were A-League Premiers, A-League Champions and winners of the FFA Cup. 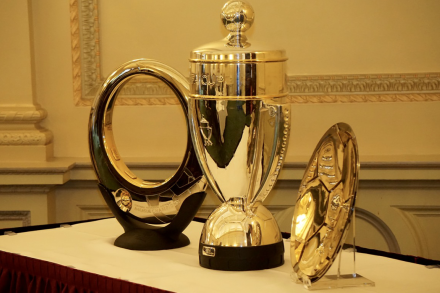 All three trophies were on display at Parliament House, with Captain Carl Valeri and Coach Kevin Muscat accepting the congratulations of Victoria’s Parliament. 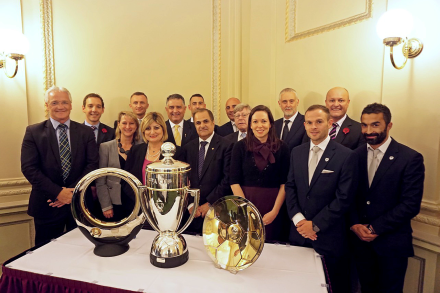