Skip to content
You are here: Home > About Parliament > News > State apology for criminalising homosexuality
Listen

The State apology for past laws criminalising homosexuality has been made in the Victorian Parliament today.

The rainbow flag is being flown on the top of Parliament House in recognition of the apology.

“I move that this house apologise for laws that criminalised homosexuality in this State, laws which validated hateful views, ruined people’s lives and forced generations of Victorians to suffer in fear, silence and isolation,” Mr Andrews said at the special sitting attended by members of the Legislative Assembly and Legislative Council.

“These laws did not just punish homosexual acts, they punished homosexual thought. They had no place in a liberal democracy. They have no place anywhere,” the Premier said.

“The Victorian Parliament and the Victorian Government were at fault. For this we are sorry.”

Mr Andrews said to his knowledge no jurisdiction in the world has ever offered a full and formal apology for laws like these.

“So please let these words rest forever in our records. On behalf of the Parliament, the Government and the people of Victoria, for the laws we passed and the lives we ruined, and the standards we set, we are so sorry; humbly, deeply sorry,” the Premier said. 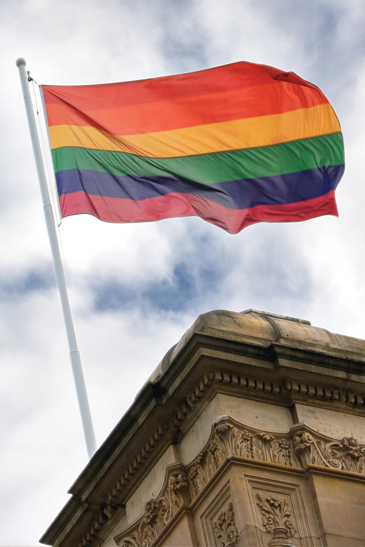 Opposition Leader Matthew Guy said it was a shameful, sad and distressing chapter in Victoria’s history.

“After decriminalising homosexuality in 1980, after expunging criminal convictions related to homosexuality in 2014, we now as a Parliament apologise to the victims of policies of intolerance, repression that resulted in outcasting, depression and sadly even suicide,” Mr Guy said.

The Opposition Leader said the apology was long overdue.

“It is about time and it is right,” Mr Guy said.