Skip to content
You are here: Home > About Parliament > News > Salute to a great Australian
Listen

Salute to a great Australian

A commemorative service has been held at Parliament House in honour of General Sir John Monash, Australian military commander in World War I.

Organised by The Spirit of Australia Foundation, the Monash Commemorative Service has become an annual event paying tribute to the service of a great Australian.

The commemoration was attended by veterans, representatives of the Australian Defence Force and members of the Jewish community.

“Monash was a compassionate leader and cared very much about his men, who came from every stat and territory of Australia, and their welfare,” the Order of Service for the commemoration stated.

It also noted that 50 years after the end of the First World War, Field Marshal Viscount Montgomery of Alamein wrote: “I would name Monash as the best General on the Western Front in Europe.” 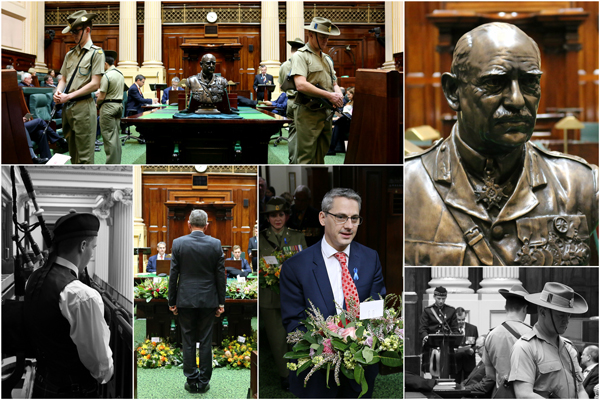