The 125th anniversary of the Women’s Suffrage Petition has been celebrated in Melbourne and in Ballarat.

The Governor of Victoria, the Hon Linda Dessau AM, delivered the keynote address at an anniversary forum held at Parliament House.

The forum included a panel discussion with Carol Schwartz AM, Professor Muriel Bamblett AM, Santilla Chingaipe and Rohini Kappadath. 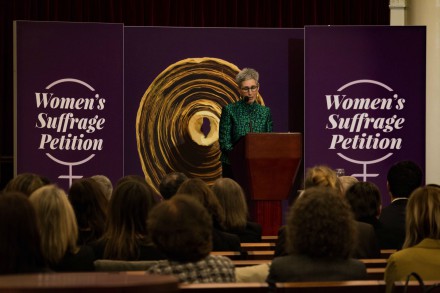 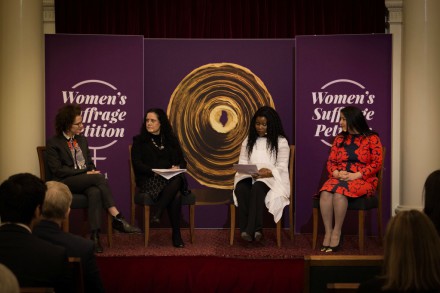 A pop-up exhibition held in Queen’s Hall to coincide with the forum featured sculptures by Ballarat artists Tas Wansbrough and Pauline O’Shannessy-Dowling.

The Women’s Suffrage Petition, with 30,000 signatures, was presented to the Victorian Parliament on 29 September 1891 and called for women’s right to vote.

As part of the anniversary celebrations, the Museum of Australian Democracy at Eureka expanded its Words Beacon exhibit to include the speech made by then Premier James Munro on the day the petition was tabled.

Supporting women’s right to vote, Premier Munro said “there can be no government of the people, by the people, for the people, which excludes them”.