Skip to content
You are here: Home > About Parliament > News > New portrait for historic collection
Listen

The official portrait of Victoria’s 46th Premier, the Hon Ted Baillieu, has been unveiled.

It becomes part of the historic Premiers Portraits collection at Parliament House. 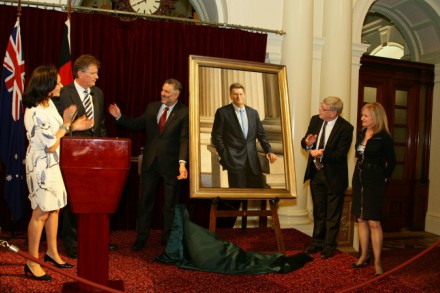 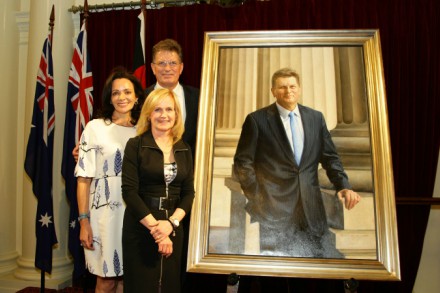 Mr Baillieu and his wife Robyn were special guests at the unveiling, along with the artist, members of the Baillieu family and parliamentarians.

The portrait gallery for former Premiers of Victoria was initiated by the Hon Frederick Grimwade, President of the Legislative Council from 1979-1985. 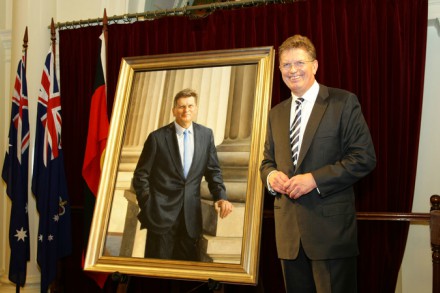 Mr Baillieu served as the Member for Hawthorn in the Legislative Assembly from September 1999 to November 2014, and was Premier and Minister for the Arts from 2010-2013.

The portrait’s artist Sally Ryan has exhibited extensively in Australia as well as internationally. She is the recipient of many prestigious awards and prizes including the Kennedy Prize 2014, and was a finalist in the Archibald Prize 2013, Black Swan Portrait Prize 2015 and Hunters Hill Art Prize 2016.