More than 90 students have participated in the 2016 Secondary Schools’ Parliamentary Convention at Parliament House.

The students from 28 secondary schools debated whether equal rights are a myth or reality. 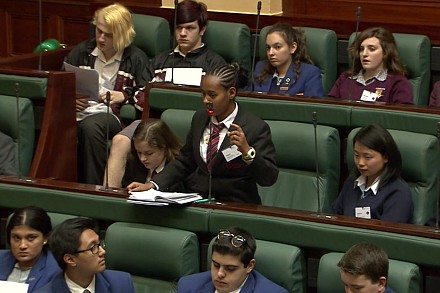 Deputy Speaker Don Nardella chaired the proceedings in the Legislative Assembly chamber, adding to the authenticity of the experience for students.

Keynote presentations were delivered by Kristen Hilton, Equal Opportunity and Human Rights Commissioner, and Angela Singh, Executive Director for the Koorie Outcomes Division at the Department of Education and Training. 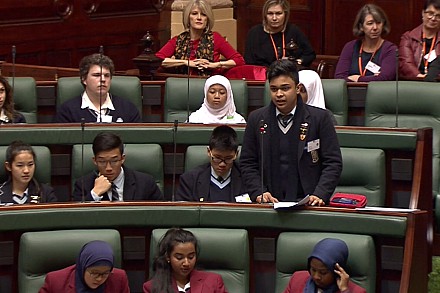 As well as making statements in the parliamentary chamber, students were involved in discussion groups on a range of topics, including age equality, rights of the disabled, and freedom of religion.

Students who participated in the Victorian convention can now nominate to take part in the national convention to be held in Canberra in March next year.