Skip to content
You are here: Home > About Parliament > News > New research paper on manufacturing
Listen

The Parliamentary Library has released a new research paper on the impact of Ford, Holden and Toyota winding down car manufacturing in Victoria.

It considers the effects the closures will have in Melbourne, Geelong and Dandenong.

Prepared by Parliamentary Library Fellow Dr Tom Barnes and a research team from the Australian Catholic University, the research paper, titled ‘Transition to where?’, includes preliminary results from a study of more than 400 workers. 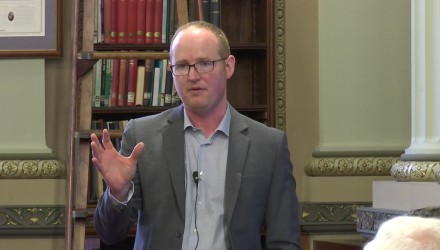 The study will monitor the progress of those workers over the next three years, conducted in partnership with the Australian Manufacturing Workers’ Union, the Electrical Trades Union and the National Union of Workers in Victoria.

The new research paper was presented to Victorian MPs at a seminar in the Parliamentary Library.

Dr Barnes notes that while Victoria has experienced the challenge of large-scale closures and redundancies in the past, the current transition is arguably more significant due to the scale of the projected job losses and the concentration of this process in time and geography.

He argues that the automotive industry transition is a process that governments and communities can shape, influence and change in order to achieve positive outcomes.

The research paper is available from the Parliamentary Library’s publications webpage.

Dr Barnes is an economic sociologist, with a background in political economy and development studies. He forms part of a team of academics in the Institute for Religion, Politics and Society at the Australian Catholic University, currently engaged in a research project called ‘Cities and Successful Societies’ which examines the impact of social and economic changes on happiness and well-being.

Research fellows are invited to deliver forums and papers of topical interest to members of parliament.