Skip to content
You are here: Home > About Parliament > News > Campaigner urges men to help stop the violence
Listen

Co-founder of the White Ribbon Campaign, Michael Kaufman, has called for leadership and personal commitment from men to stop violence against women.

“The majority of us have remained silent about the violence, and through that silence we have allowed the violence to continue,” he said.

White Ribbon is the world’s largest movement of men and boys working to end men’s violence against women and girls, promote gender equality, healthy relationships and a new vision of masculinity. 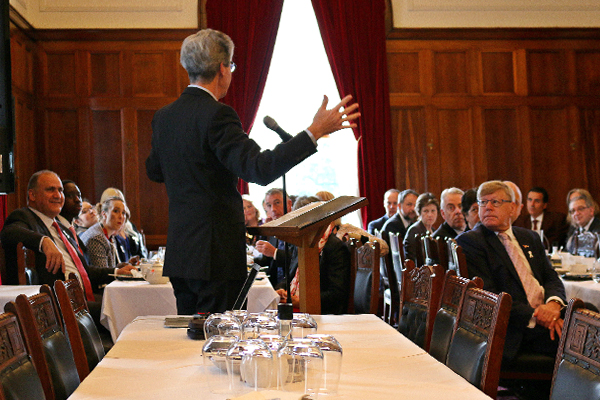 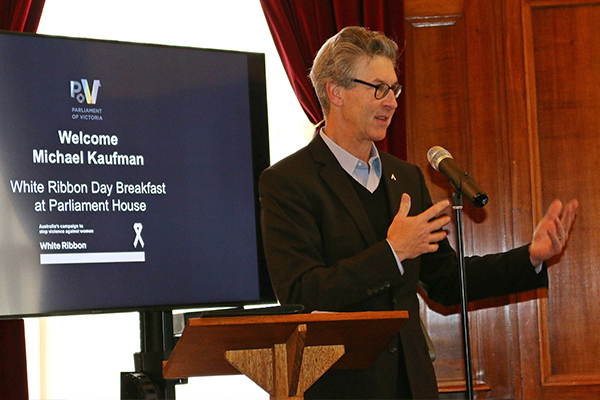 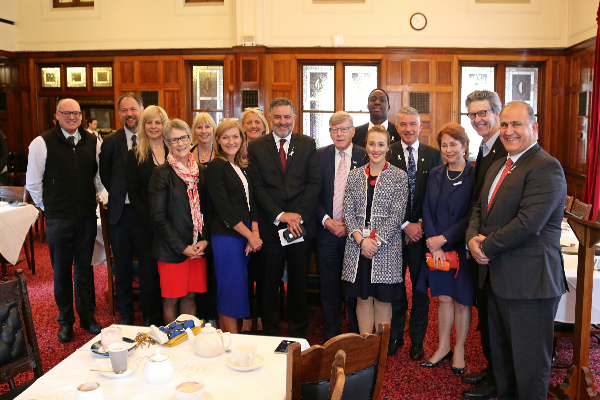 The Victorian Parliament is seeking accreditation under the White Ribbon Workplace Accreditation Program.

It is one of the first Parliaments to take this step and has established a working group comprising parliamentarians, electorate officers and parliamentary staff to work towards accreditation.

Michael Kaufman’s innovative approaches to engage men and boys in promoting gender equality and transforming men's lives have taken him around the world over the past three decades.

He has worked extensively with the United Nations and with governments, non‑governmental organisations, corporations, trade unions and universities.

In 1999, the United Nations General Assembly declared November 25 the International Day for the Elimination of Violence Against Women and the White Ribbon has become the symbol for the day.