Skip to content
You are here: Home > About Parliament > News > Robot presents at parliamentary hearing
Listen

In a parliamentary first for Victoria, a robot has presented at a hearing by the Family and Community Development Committee.

Called NAO, the robot was brought to the hearing by a team from The Brainary as part of their presentation on educational technology and how it can be used in teaching children with Autism Spectrum Disorder.

Hugh Kingsley, Managing Director of The Brainary, told the Committee that around 200 to 300 robots are already being used for educational and rehabilitation purposes in schools, hospitals and libraries across Australia.

Around 40 schools in Victoria are using this technology, he said, as an effective educational tool for keeping children engaged.

At the hearing, the Committee also heard from representatives of the Deakin Child Study Centre at Deakin University, who spoke about their AllPlay Program aimed at inclusion in sport for children with disabilities.

The public hearing was the final in a series of hearings conducted by the Committee for its inquiry into services for people with Autism Spectrum Disorder.

The inquiry is looking into the availability and adequacy of services for people with Autism Spectrum Disorder, including services provided by the Commonwealth, State and local governments across health, education, disability, housing, sport and employment services.

More information is available from the inquiry webpage. 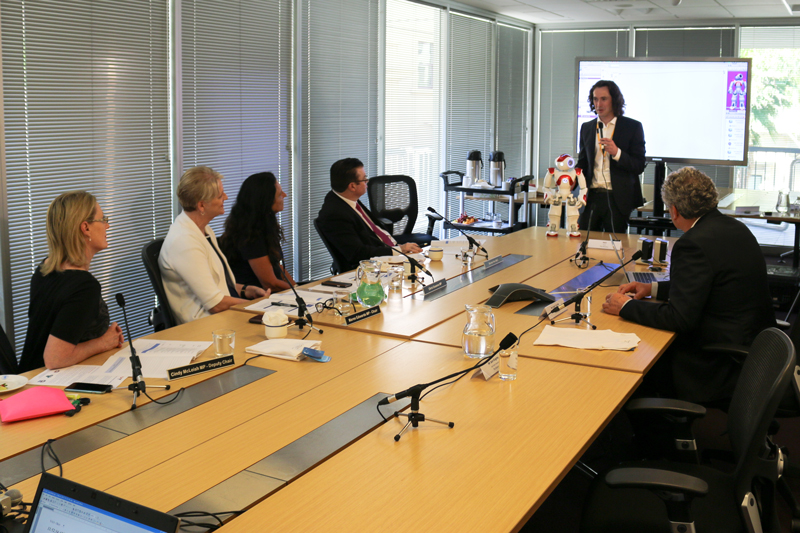