Skip to content
You are here: Home > About Parliament > News > Parliament unites in praise for Assembly Clerk
Listen

State leaders and MPs from all sides of politics have thanked and congratulated Legislative Assembly Clerk, Ray Purdey for his immense contribution to Parliament and Victoria.

During the last sitting day before his retirement, MPs spoke about the valuable advice Mr Purdey has provided during his distinguished career and the strong integrity he has shown as a leader in the parliamentary administration.

“When I say that I mean of course an encyclopaedic knowledge of parliamentary procedure and the work ethic and strength of character to apply that knowledge to solve problems, drive reform and be innovative with a strong appreciation of the traditions and the forms of this place but with that pursuit of improvement. That is what true excellence is about,” Mr Andrews said.

The Premier noted that Mr Purdey has had 11,200 work days and around 2,000 question times.

“Ray, understand and know this: we are in awe of your understanding and your wisdom and we are in your debt as parliamentarians, as politicians and as servants of the Victorian community,” Mr Andrews said. 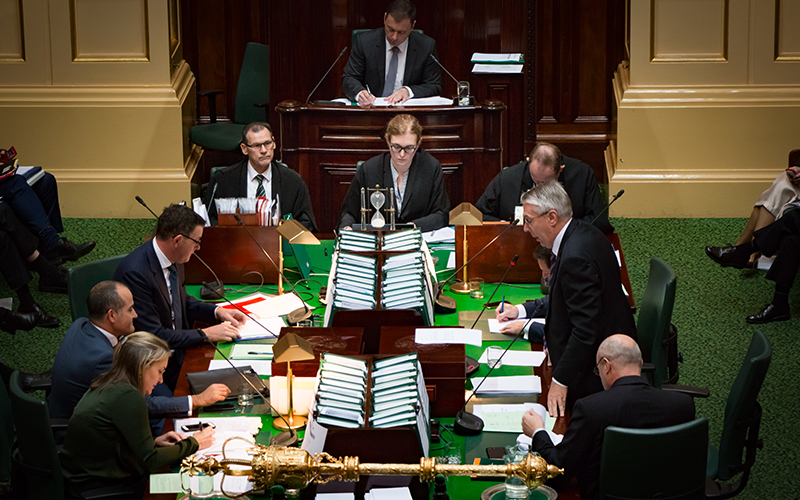 Opposition Leader Matthew Guy echoed these sentiments, stating that Mr Purdey has been an institution in Parliament.

“It is not often that you come across an institution who has been here for this length of time with the depth of experience and the level of advice that we have in our Clerk,” Mr Guy said.

“You have seen so much, and that experience is obviously experience that you just cannot replace. We will miss you in this Parliament,” he added.

Earlier in the day, MPs gathered for a special afternoon tea in honour of Mr Purdey, where members of his family joined him and where the Premier presented to him an historic drawing of the Parliament building in which Mr Purdey has spent most of his working life.

During the afternoon tea, the Parliament’s Presiding Officers congratulated Mr Purdey not only for his work in Victoria, but also for the broader contribution he has made to developing democracy at the international level. This has included the leading role he has played in developing the twinning program between the Victorian and Pacific Parliaments, as well as his work in support of the Commonwealth Parliamentary Association. 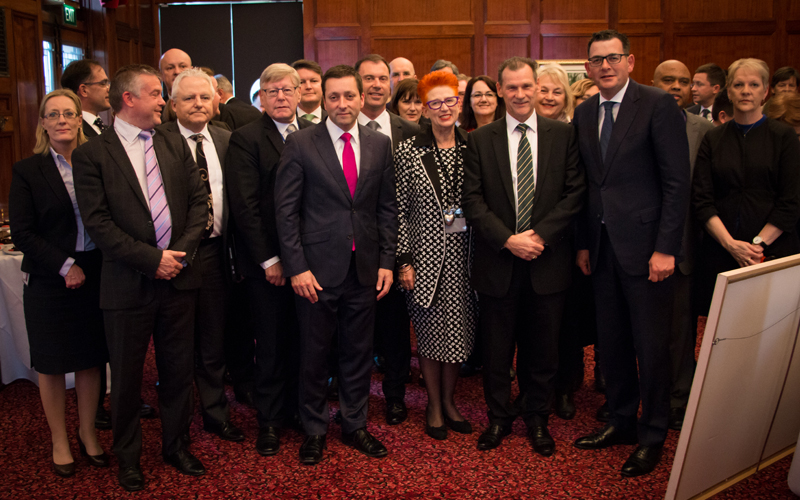 The final word was left to Speaker Colin Brooks, one of several Speakers with whom Mr Purdey has worked.

“Ray, on behalf of all members, thank you for your service to this Parliament and, as has been said, to the Victorian community,” Mr Brooks said.

“Your integrity, professionalism, respect, diligence and leadership have meant that this Parliament is much stronger. On behalf of all members and previous Speakers you have assisted, I thank you.”

See Hansard of 22 June for all the speeches.