Skip to content
You are here: Home > About Parliament > News > Deakin Oration 2017 focuses on water
Listen

Professor Tony Wong, CEO of the Cooperative Research Centre for Water Sensitive Cities, will deliver The Deakin Oration for 2017.

Presented by the Parliament of Victoria, The Deakin Oration will be held in Queen’s Hall at Parliament House, Melbourne on Thursday 31 August from 6:00 pm to 8:00 pm.

Professor Wong heads up a $120 million research centre with four research hubs based in Brisbane, Melbourne, Perth and Singapore. He is internationally recognised for his research and practice in sustainable urban water management, particularly water sensitive urban design.

He received the prestigious Sir John Holland Award as Australia’s Civil Engineer of the Year in 2010, and was cited as having defined a new paradigm for the design of urban environments that blends creativity with technical and scientific rigour.

The Deakin Oration was established by the Victorian Parliament’s Presiding Officers in 2016 to recognise and give a contemporary context to the legacy of Victorian MP and Australia’s second Prime Minister, Alfred Deakin.

This year’s event focuses on the theme of water and sustainability, exploring an issue that was of long-standing interest to Alfred Deakin. As head of a Royal Commission that followed the drought of the 1880s and subsequently Victorian Minister for Public Works and Water Supply, Deakin was an ardent advocate for irrigation.

A panel session with leading voices in the field of water and sustainability will be another feature of the event this year.

Community members are welcome to attend and can register for a free ticket below. 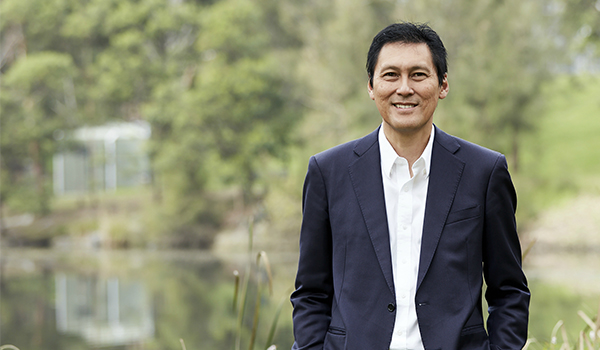