More than 100 community leaders have participated in a program of briefings at Parliament House, helping to boost regional connections.

The community leaders are part of the Victorian Regional Community Leadership Programs. They participate in a range of activities over the course of several months aimed at developing their leadership capabilities.

The leadership groups that took in the parliament in practice program this year came from the Great South Coast, Wimmera, Ballarat and Western Region, and Rivers and Ranges. They were joined by the Opening Doors community leadership group.

Legislative Council President Bruce Atkinson and Legislative Assembly Speaker Colin Brooks spoke about the roles and responsibilities of the Presiding Officers, answering a range of questions about the way in which they chair the proceedings in the two houses. With many of the community leaders chairing meetings at the local level, they were keen to tap into the experience of the Presiding Officers in maintaining order during debates and making sure that people stick to the rules. 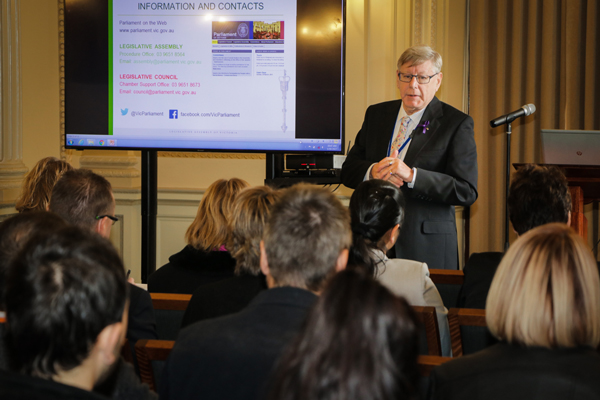 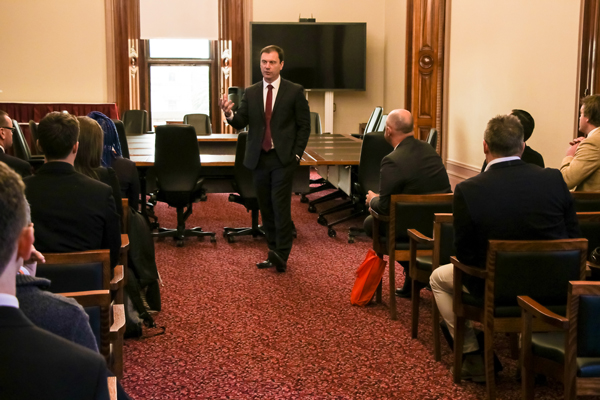 Senior parliamentary staff provided the regional leaders with insights into the business of parliament during a sitting week and how it is arranged.

The community leaders were also given briefings on management of a heritage building, planning for major projects and the detailed work undertaken by parliamentary committees.

As each of the groups boarded their buses for their journeys home, they had much information to reflect on and parliament had a closer connection with people who are working to build stronger communities at the local level.