In the wake of Cyclone Gita and the destruction of Tonga’s historic parliament building, the Victorian Parliament is donating computer equipment to assist the recovery.

The computer equipment is being sent to Tonga this week to enable the Parliament to undertake its sittings in March.

“We were all saddened to hear about the destruction caused across Tonga by Cyclone Gita and we are keen to lend our support to our Pacific neighbour parliament to help them recover,” the Presiding Officers said.

The Victorian Parliament’s donation is part of a coordinated effort by parliaments in Australia, New Zealand and the Pacific region working with the United Nations Development Programme to assist the Tongan Parliament.

“Australian parliaments are part of a twinning program with Pacific parliaments and one of the strengths of that twinning is our ability to respond to the immediate needs of our Pacific neighbours, particularly during times of crisis such as this,” the Presiding Officers said.

“Last week we wrote to the Tongan Speaker to offer our sympathies to the Tongan people and to indicate that we are ready to assist the Parliament with any support they need.

“The Tongan Parliament has accepted our offer of computer equipment so that its scheduled sittings in March can go ahead, which will be a very significant demonstration of the Tongan nation’s resilience.” 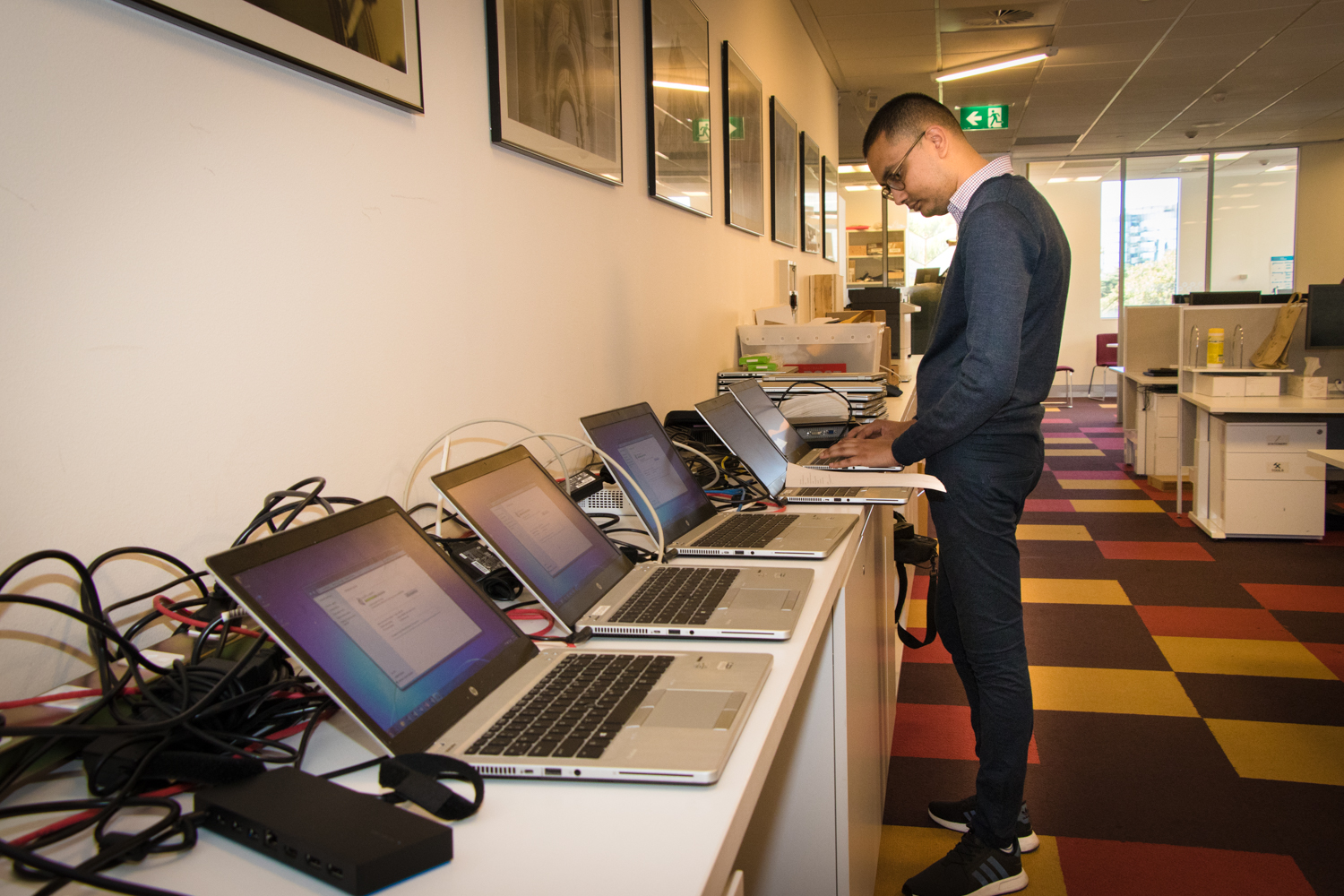 Victorian Parliament IT staff preparing laptops before they are sent to the Tongan Parliament.