International Day of Democracy was celebrated at Parliament House with a community day and debating competition.

Three university debating teams and a team of parliamentary staff competed for the Democracy Day trophy.

In a well-fought contest, which was streamed on Facebook Live, Monash defeated Melbourne in the final to claim the trophy.

Democracy Day at Parliament House also included a democracy showcase which explored its ancient origins, key moments in its development across the globe, and how it is practised here at home.

The display featured some of the key Victorian reforms that have been brought about through the work of parliamentary committees.

International Day of Democracy is celebrated around the world on 15 September each year. It was established by the United Nations General Assembly in 2007. 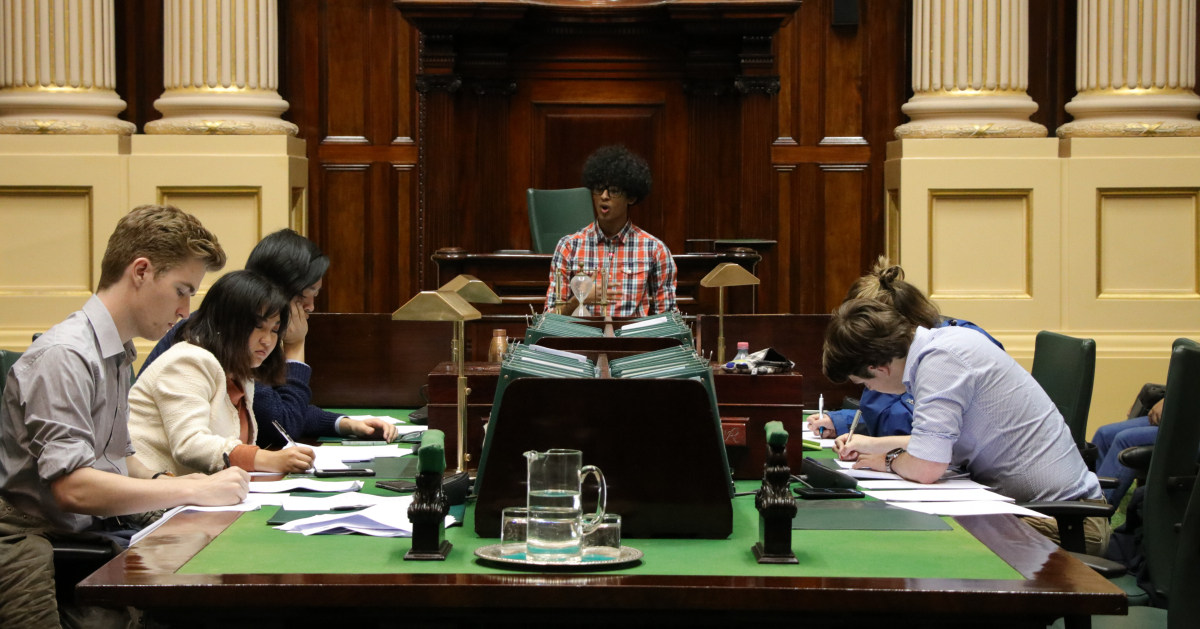