The inaugural meeting of the First Peoples’ Assembly of Victoria was held at Parliament House on Tuesday, 10 December 2019.

At the commencement of the meeting, the Treaty Advancement Possum Skin Cloak was brought into the Legislative Council chamber and placed on the central table.

The Possum Skin Cloak is inscribed with art, messages and sentiments from Aboriginal people across Victoria. 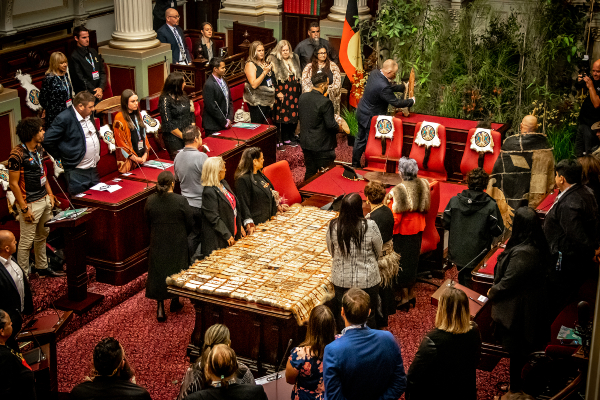 During their first meeting day, members of the First Peoples’ Assembly of Victoria gave their inaugural speeches.

The First Peoples’ Assembly of Victoria is the voice of Aboriginal people in Victoria in the future treaty process.

Comprising traditional owners elected by Aboriginal people in Victoria and Victorian traditional owners living outside the state, the Assembly will be independent of government. It will work with the State of Victoria to prepare for treaty negotiations. 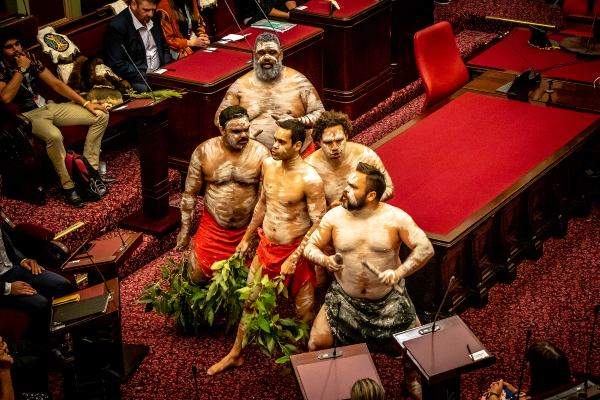