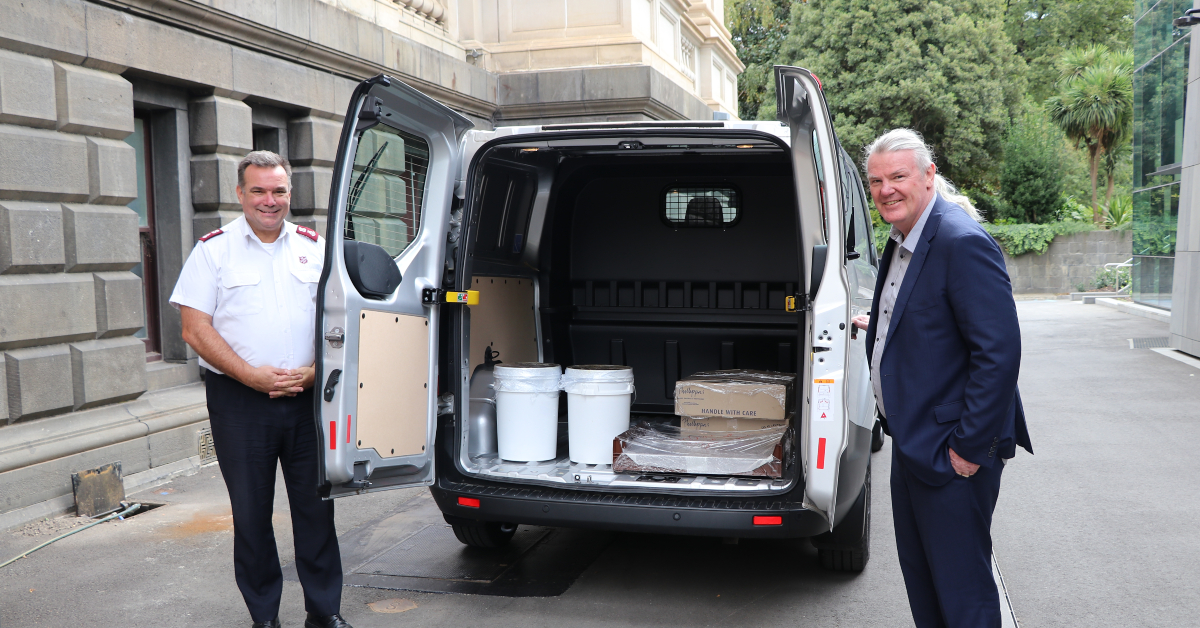 The Victorian Parliament’s Presiding Officers have today announced that the kitchens at Parliament House will be used to help prepare meals for vulnerable community members.

“The Speaker and I have decided that we must put Parliament’s commercial size kitchens to good use in response to the Coronavirus emergency,” Legislative Council President Shaun Leane said.

“We will be working with organisations such as The Salvation Army, The Lazarus Centre, St Peter’s Eastern Hill Anglican Church, the Father Bob Maguire Foundation and Melbourne City Mission to help them get nutritious meals to people in need,” Mr Leane said.

“Our own catering staff and the agency staff we regularly use can continue to get work as a result of this initiative, and we will be using Victorian food producers and suppliers,” he said.

More than 400 meals will be provided in the first days of this initiative and this will increase to around 2,000 meals a day that will be distributed through the community programs run by the charitable organisations.

“We have sought the relevant approvals from the office of Victoria’s Chief Health Officer to ensure that we follow all appropriate procedures at this time,” Mr Leane said.

The Commanding Officer of The Salvation Army Melbourne, Major Brendan Nottle said they are deeply indebted to the Victorian Parliament for this initiative.

“The flexible and nimble response of Parliament House to reorganise themselves so that they will be producing meals for the most vulnerable is deeply appreciated,” Major Nottle said.

“This gift will ensure that the most vulnerable are not forgotten and their physical and emotional health will continue to be catered for,” he said.

All relevant health and safety precautions will be followed to protect the people preparing and distributing the meals.

“In unprecedented times we as a Parliament must respond to the needs of the community and work with organisations that are helping the most vulnerable,” Legislative Assembly Speaker Colin Brooks said.

“Together we can get through this if we support each other and ensure that every effort is made to support those most in need,” he said.